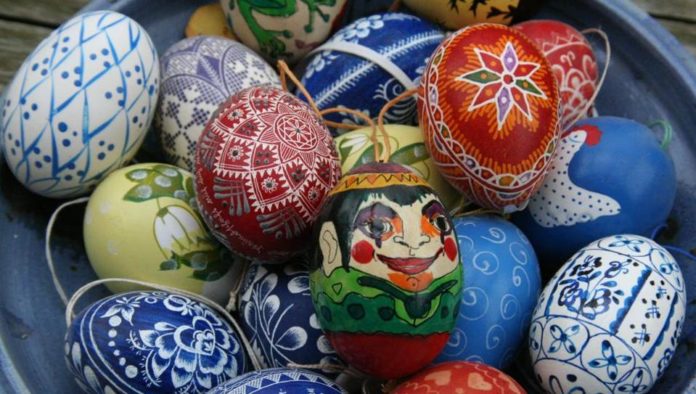 Why is Easter celebrated? Significance, history, meaning of Easter eggs

Easter is a Christian festival which celebrates the resurrection of Jesus Christ. The holiday falls on April 21 this year and will be celebrated all across the globe. According to the New Testament of the Bible, Easter occurs three days after the crucifixion of Jesus by Romans. Easter concludes the “Passion of Christ”, which begins with a 40 days period of fasting – Lent and is concluded by the Holy Week. Holy Thursday (celebration of Jesus’s last supper) and the crucifixion of Jesus Christ on Good Friday is a part of the Holy Week which ends on Easter Sunday.

The story behind Easter lies in the New Testament of the Bible which narrates how Jesus was arrested by the Roman authorities because he claimed to be the “Son of God”. He was then sentenced to death by Pontius Pilate, the Roman emperor by crucifixion. His resurrection three days later marks the occasion of Easter. This day is also closely associated with the Jewish festival of Passover.

Easter is celebrated as a joyous occasion and the Sunday prior is called Palm Sunday which marks the arrival of Jesus in Jerusalem. Various churches begin the celebration in the late hours of Saturday through a religious service called Easter Vigil. Non–religious celebrations include the tradition of Easter eggs, which represent fertility and birth and Easter bunny which delivers chocolates and sweets to kids on Sunday morning.

Chocolate-filled eggs or brightly painted eggs with sweets inside are common gifts exchanged on Easter. People choose to loosen their purse strings and splurge on the Easter weekend as the celebrations arrive after a 40-day lent period.

Some examples of non-religious Easter traditions include a treasure hunt like search for Easter eggs, and games such as egg rolling and egg decorating.

Hidden messages or pop-culture references in films, multimedia games and other media are also termed Easter Eggs? That’s because Easter eggs mimic the idea of the hunt for an Easter egg during the festival. These could be hidden messages, characters or images. It’s like a little secret that the software programmers or directors want to share, yet be discreet about them. It is a fun and engaging activity to look for these Easter eggs because it usually reveals more about the character or the plotline.

Most Disney films have the iconic Mickey Mouse ears or his head placed in a scene. Similarly, in animated films like The Lion King (1994), Little Mermaid (1989), Lilo & Stitch (2002), Finding Nemo (2003), Frozen (2013) and several more, characters from previous films have been known to ‘visit’ each other in the films, either as guests or toys or wall clocks.