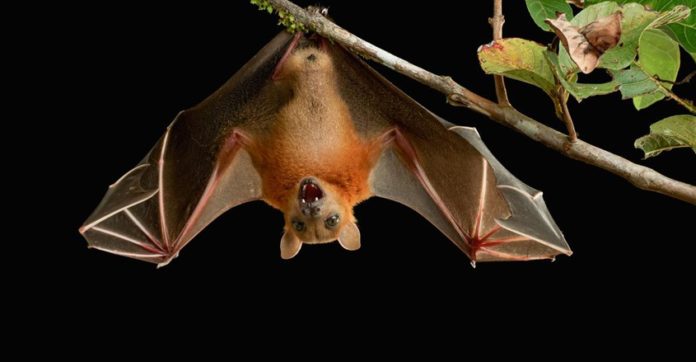 What is Nipah Virus?

Nipah Virus is an emerging infectious disease that broke out in Malaysia and Singapore in 1998 and 1999. It first appeared in domestic pigs and has been found among several species of domestic animals including dogs, cats, goats, horses and sheep. The infection is also known to affect human beings. The organism which causes Nipah Virus encephalitis is an RNA or Ribonucleic acid virus of the family Paramyxoviridae, genus Henipavirus, and is closely related to Hendra virus.

How does Nipah spread or get transmitted?

The disease spreads through fruit bats or ‘flying foxes,’ of the genus Pteropus, who are natural reservoir hosts of the Nipah and Hendra viruses. The virus is present in bat urine and potentially, bat faeces, saliva, and birthing fluids. Presumably, the first incidence of Nipah virus infection occurred when pigs in Malaysian farms came in contact with the bats who had lost their habitats due to deforestation. Furthermore, transmission between farms may be due to fomites – or carrying the virus on clothing, equipment, boots, vehicles.

Nipah Virus, which is a zoonotic disease, was known to affect humans in Malaysia and Singapore after coming in direct contact with the excretions or secretions of infected pigs. Reports from outbreaks in Bangladesh suggest transmission from bats in the process of drinking raw palm sap contaminated with bat excrement or climbing trees coated in the same.

In Bangladesh and India, there have been reports of possible human-to-human transmission of the disease. Therefore, precautions are necessary for hospital workers in charge of taking care of the infected patients. Precautions should also be taken when submitting and handling laboratory samples, as well as in slaughterhouses.

Symptoms of the Nipah infection

Typically, the human infection presents as an encephalitic syndrome marked by fever, headache, drowsiness, disorientation, mental confusion, coma, and potentially death. During the outbreak in Malaysia, up to 50 per cent of clinically apparent human cases died. There is no specific treatment for Nipah Virus. The primary treatment for human cases is intensive supportive care.

Prevention of the Nipah infection

While there is no vaccine available for the infection, preventive measures can be a key to control the spread. With fruits bats being the primary cause of infection, the farm animals should be prevented from eating fruit contaminated by bats. Consumption of contaminated date palm sap including toddy should also be avoided. Physical barriers can be put in place in order to prevent bats from accessing and contaminating palm sap.

Medical officials who are looking after the patients with suspected or confirmed NiV should take basic precautions like washing hands, using a gown, cap mask and wearing gloves. For laboratory personnel, Nipah virus is classified internationally as a biosecurity level (BSL) 4 agent. BSL 2 facilities are sufficient if the virus can be first inactivated during specimen collection.

In case of animals, wire screens can help prevent contact with bats when pigs are raised in open-sided pig sheds. Run-off from the roof should be prevented from entering pig pens. practice. Early recognition of infected pigs can help protect other animals and humans. Due to the highly contagious nature of the virus in swine populations, mass culling of seropositive animals may be necessary.