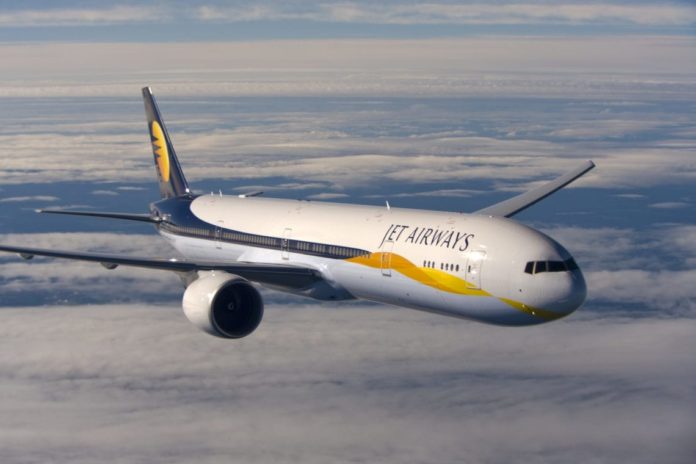 What Is Next For Jet Airways Now The CEO Has Resigned?

Jet Airways may have reached a turning point in its current financial crisis. As of yesterday, Chairman and founder Naresh Goyal has resigned, along with his wife Anita. Etihad employed board member, Kevin Knight, has also stepped down from his position with the airline. Simple Flying ask if this is good news for Jet, and what’s going to happen next?

It’s been a turbulent few years for India’s second largest airline. Wracked with debts of more than a billion dollars, they’ve been limping along for months, unable to turn things around on their own.

At present, the airline is operating with just 41 aircraft out of its fleet of 119, after failing to make payments on leased planes. They have also been threatened with the loss of hundreds of pilots who are fed up with not being paid their salaries since December.

Today, a new development in the saga of this struggling airline, as its founder and Chairman, Naresh Goyal, has stepped down from his position.

The Chairman of India’s Jet Airways has finally called it a day. Amid the worst financial crisis yet, Goyal has exited the beleaguered airline.

As well as Goyal himself, his wife Anita also resigned. She had been working as Jet Airways’ non-executive director for many years but had worked in various roles alongside Naresh for 25 years, since the airline was founded.

Also stepping down is Etihad Airways’ nominee director, Kevin Knight. Taken on as Group Chief Strategy and Planning Officer at Etihad in 2011, the ex-United Airlines SVP had sat on the board of Jet Airways since 2017.

Current CEO Vinay Dube is expected to stay in position. He has a tough job ahead of him to steer Jet Airways out of their current crisis.

What does this mean for Jet?

The resignation of the Goyals is part of a resolution plan put in place by a consortium of lenders. Led by the State Bank of India, the departure of their founder and promoter of the airline could have a huge impact on the current situation.

For a start, it is likely that the lenders consortium may invoke the entire 51% stake that Goyal holds in the airline. This will free up this share for another buyer, making the airline an attractive investment proposition for investors worldwide.

These vacant positions also mean there is space for new blood to the management team. According to reports, Srinivasan Vishvanathan is under consideration for a top job, having been a board member of Jet for three years previously. Former SBI Chairman and CVC Commissioner Janki Ballabh are also being considered for the future board of Jet Airways.

The departure of Kevin Knight signifies a watering down of Etihad’s involvement in the airline. Early reports suggest that their 24% stake will be reduced to 12%. It’s likely that the lenders will take more than half of the stake in the airline overall and will convert its debt into shares in the company.

These resignations are actually good news for Jet Airways. They mark a turning point in the lenders’ position and, as a result, the airline will be receiving a much needed cash injection over the next few days.

Initially, funding of RS 1,500 crore ($261m) will be infused by the lenders. In a statement, the airline said:


“Immediate funding support of up to Rs 1,500 crore by lenders by way of issue of appropriate debt instrument against the security of its assets which will restore normalcy to Company’s level of operations,”


Although there’s a long way to go before Jet Airways is fully recovered, these latest developments mark the first step on the road to recovery. Ideally, they need a large cash injection in the next few weeks, meaning a new buyer is needed pretty swiftly.