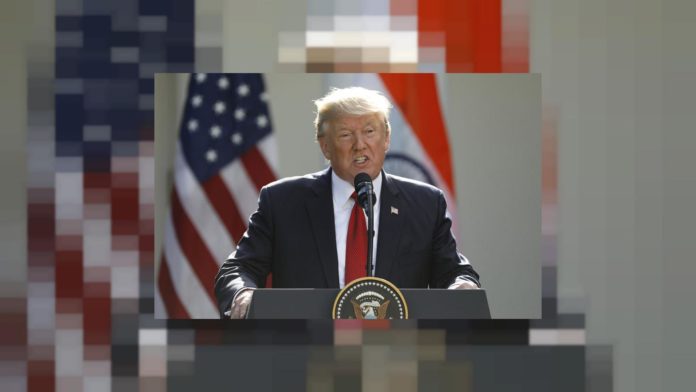 President Donald Trump has said he’s “very confident” a coronavirus vaccine will be ready “by the end of the year” but warned that up to 100,000 people could die in the US from the pandemic.

He stated the development of a vaccine is “far ahead of any vaccine ever in history.”

Trump explained: “Look, a vaccine has never gone like it’s gone now. We’re so far ahead of any vaccine ever in history.

“These things would take two, four, five, six, ten years… I think we’re going to have a vaccine.

“I’m telling you, by the end of the year… we are very confident we are going to have a vaccine.”

When asked if he thinks another country could beat the US to the breakthrough, Trump admitted he was unsure.

“I don’t care. I just want to get a vaccine that works. I really don’t care,” he said.

“If it’s another country, I’ll take my hat off to them. We have to come up with a vaccine.”

The president also revealed he’d recently talked to UK Prime Minister Boris Johnson, who he called a “victim of what happened.”

“He thought it was over. It was vicious. He’s a great guy and he made it,” Trump said, adding that Boris had the “ultimate first-hand experience.”

Trump referred to Covid-19 as “the plague” during the interview, but insisted it is “going to pass.”

His prediction comes days after experts warned that a Covid-19 vaccine may not be ready until 2036 – despite Chinese scientists saying one may be available as soon as the end of this summer.