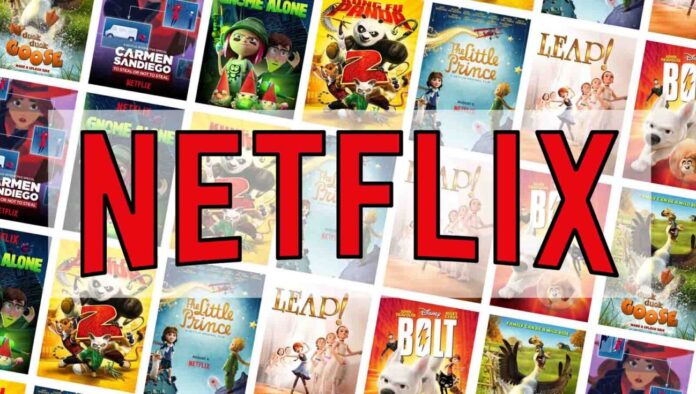 Top 10 Netflix picks for your Kids

When it comes to children’s television, there’s something so convenient about streaming something on Netflix. It’s always on, the next episode is automatically at the ready, and you don’t have to deal with commercials for things that your kids will inevitably bug you to buy after getting the jingles stuck in their heads. You just fire it up and start watching whatever you want.

But what to watch? Thankfully, there’s a lot of choice, and the best Netflix kids’ shows can rival the quality of prestige television for adults. We sifted through reams of kids’ titles on the world’s longest-running streaming platform to bring you, in age-appropriate order, the best kid’s shows on Netflix, starting at around 3-years-old and ending in the tweens.

While a ton of children’s programming is connected to social-emotional themes, the brilliance of Ask the StoryBots is that it’s all about curiosity about the actual world. Children ask questions like “what is gravity?” or “what is DNA?” and the StoryBots answer those questions. The creators of the series set out to make a show that they themselves would want to watch with their kids. And, the efforts hows. StoryBots is fun, funny and smart.

In what might be the longest gestating toy-to-screen adaptation since the Ouija Board, the iconic Colorforms toys that debuted in the early ’50s and developed into a toy category all their own have inspired Charlie’s Colorforms City, a show geared towards early childhood development with a refreshingly organic integration of the classic vinyl clingers. Charlie, cleverly depicted as an anthropomorphized Colorforms logo, is a boy that utilizes his world of simple interchangeable shapes to solve life’s little problems by slapping them together to build what he needs. Whether that’s a rocket ship to deliver his birthday invitations or a rainbow-colored afro to make a baby giggle, Charlie teaches us that with a little brainstorming and a lot of imagination you can materialize any idea, no matter how hare-brained it may be.

When The Magic School Bus first rolled through the grey box in our living room 25 years ago to the sweet sounds of Little Richard’s opening theme song, we exalted at the highlight of our elementary school storytime coming to life. Now you can relive the magic with your own kids and the Friz’s little sister Fiona at the wheel, voiced by Kate McKinnon. Everything special about the original is still intact, with delightful guest stars and zany field trips through the microscopic, galactic, Cretaceous and mostly overlooked parts of our time-space continuum providing a solid STEM overview for any age group. Plus, this time around Lin-Manuel Miranda serenades us through the opening titles. Seat belts, everyone!

Reminding us that Brits will always be more elegant and easier on the ears than Americans, Free Reign transplants the high-spirited Zoe, one of television’s strongest teenage role-models, from Los Angeles to the coast of England on a visit to her lovely mother’s ranch for the summer. In a nod to The Horse Whisperer, Zoe demonstrates the importance of heartfelt communication as she bonds with her majestic new steed Raven and grows closer with mom and grandpappy. Now in its third season, the show teaches us that spending time with parents and extended family can actually be enjoyable. It’s a double win if your kid is a horse lover, as there’s plenty of posh equine action to hold them over between the drama and class issues thrown at Zoe.

Simply put, Brainchild is Bill Nye for Gen-Y. An energetic young host walks us through the fundamental but no less fascinating building blocks of scientific thought using SNL-style sets, CGI, her magician friend and a puppet that took a wrong turn off Sesame Street. While the show places brain-racking questions we’ve all asked but have no answers to front and center (just how big is the universe?), the best thing about Brainchild might be in its subtext. Two out of the three co-hosts are young ladies and many of the scientific explorations veer into their social implications, such as self-esteem and positive identity that are so important to the tween set.

6Trolls: The Beat Goes On

The lighthearted Queen Poppy and the stick-in-the-mud Branch get up to more musical adventures in the spin-off series to Trolls. The bright colors and cute designs make this a pleasure to watch, as well as listen to. It’s a great thing to throw on after watching Trolls: World Tour, which is skipping theaters and going straight to on-demand viewing on April 10.

7The Boss Baby: Back in Business

Fans of the movie The Boss Baby will also love its spin-off series, which stars the same achievement-oriented infant as his plans to run Baby Corp bump up against his life as, well, a baby. (Stinky diapers happen to even the most powerful baby CEOs.)

Project Mc2 is a stereotype-busting, STEM field boosting series that’s best summed up with a pilot-episode exchange describing its leading lady: “McKayla, that girl is definitely IAWATST” “Yeah, she is interesting and weird at the same time…” McKayla and her three teen girlfriends, each whizzes in their respective fields of physics, programming, and chemistry, are recruited by NVO8 – that’s pronounced “innovate” – a shadow organization of all-female secret agents. In this campy but self-aware show, it turns out girls really do run the world and they’re charged with protecting it using their brains and creative prowess. It’s a sorely needed message for any young lady finding her place in all this while trying to enjoy the ride – as new NVO8 agent Devon D’Marco says, “I’m putting the art, in smart.”

Nailed It! is sort of a second-wave reality show that teaches kids (and adults for that matter) to laugh in the face of failure by pitting amateur bakers against one another in an attempt to recreate dazzling confectionary under a ticking clock. The results are horrific desserts that resemble a Salvador Dali painting more than a cake you’d ever want to eat, but the hosts and contestants are all in on the joke, which relieves the pressure and demonstrates the fun inherent to any creative endeavor.

This somewhat macabre adaptation of the beloved book series and movie is best viewed together with your older kids. A Series of Unfortunate Events tackles death, determination, and happiness in a highly stylized, sophisticated production that offers a visual feast with downright impressive performances and the layered mystery of the Baudelaire orphans’ family history that unfolds patiently in step with its complex characters. Neil Patrick Harris steals the show as the miserly and conniving Count Olaf, and the black comedy peppered into its adult themes allows it to serve as a lesson on keeping perspective in the most trying of circumstances.

The Best Horror Movies on Netflix to Watch Right Now

10 of the Best K-Dramas just for you

Netflix: Binge To Your Heart’s Content with these Web Series

Netflix: The 15 Best Bollywood Movies You Need to Watch