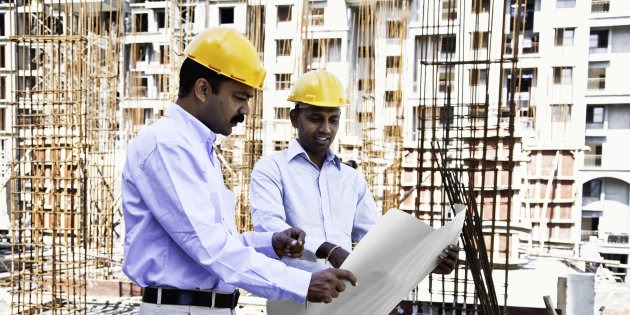 Thousands of Indian engineers in Kuwait may get deported

A new regulation relating residency and work permits may deport thousands of Indian engineers in Kuwait back to India.
Industry associations estimate that as many as 15,000-40,000 engineers could be affected by the March 11, regulation, which mandates a no-objection certificate (NOC) from the Kuwait Society of Engineers (KSOE) to get their residency and work permits. Indian engineers are particularly aggrieved that they have to face scrutiny from the KSOE, which is not a government body, but a public benefit association. KSOE has now said that NOC will be granted only to those engineers, who have studied in colleges accredited by the National Board of Accreditation (NBA).

The move may affect 90% of engineers in Kuwait as not even premier institutions like IITs, RECs, Anna University have NBA accreditation but have All India Council for Technical Education (AICTE), Ministry of Human Resource Development (MHRD) or University Grants Commission (UGC).

NBA, despite being formed in 1994, became pro-active in handing out accreditations only since 2005 onwards. Kuwait Engineers Forum member Jyothidas Narayan said, “Most engineers are aged between 30-45 and graduated long before NBA got into the act. Even for the few who have degrees from NAB-accredited college — the accreditation being recent — will be of no use to them as their certificate would not reflect the same.”

Parliamentary Standing Committee of External Affairs and Thiruvanathapuram MP Sashi Tharoor said he has already impressed upon the Indian Embassy in Kuwait to engage in talks with Kuwait authorities. He also said it would be grossly unfair to judge an engineer’s capability and educational qualifications purely based on NBA accreditation.

For Kuwait engineers the new regulation has proved quite traumatic. “I have lived in Kuwait since 2009 and graduated from SSN College of Engineering in Tamil Nadu, which is affiliated to Anna Unniversity, Chennai. I got my degree stamped by Anna University — regarded as a premier institution. And yet today, we are being insulted and harassed by local authorities — who view us as fake engineers, without realising the realities of the Indian education system,” said Jithin Jose, (31), who lives in Fahaheel with his wife and 2-year-old. The issue, he says is more pressing for those, whose children go to local schools and have family roots for decades in the country.

Narayanan, who has two children in high school and his wife residing with him, says without the required permits police arrest and deportation were probabilities. “I have lived in this country for more than 20 years; both my children were born here. I passed out from the government-aided Marathanasius College of Engineering, Kerala, established in 1961—long before NBA was formed and yet today I face the possibility of deportment. It is not easy to be uprooted from a country, where you have worked for decades,” said Narayanan of the Kuwait Engineers Forum, which represents 1,400 engineers in the construction and oil & gas industry.
The problem faced by Indian engineers has been precipitated by the fact that the KSOE does not have the manpower to handle 300-400 applications a day. “Everyday, you can see long queues. People line up as early as 2AM outside the office so that they can get their NOC from KSOE — to apply for resident and work permits. For a crowd of 300 plus, they issue only 60 tokens a day,” said Muhamed Afsal, a construction engineer.

Haunting these engineers is also the fact that they would be considered ‘fraudsters’ and their degrees ‘fake,’ when sent back. Thomas John, general secretary, Institution of Engineers India, Kuwait chapter in his representations to the PMO said, “Thousands of Indian Engineers will lose their jobs and be forced to leave with their children and families. This will create financial and social turmoil and be a loss running to millions of dollars in foreign exchange to our country. The process will also affect the reputation of Indian engineers globally and other Gulf Cooperation Council (GCC) countries may follow the line.” Members of different engineering forums, including the Institution of Engineers, India, have submitted a memorandum to the Indian Embassy in Kuwait and met with Union Minister of Human Resource Development Prakash Javadekar and others officials.