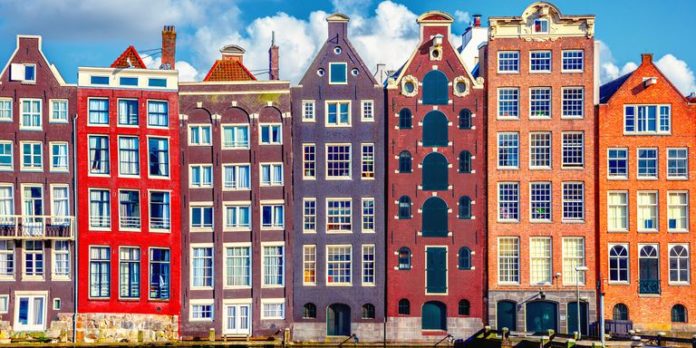 The Best Places To Go in May

Craving a getaway but not quite sure where to go? Here are 10 wanderlust-worthy vacation ideas to put on your radar for May.

If you’ve already checked Iceland off your bucket list, consider a trip to the Lofoten Islands in Norway. The scenic archipelago is breathtaking in May, which falls just before peak season, giving travelers a preview of the region’s Midnight Sun—a two-month-long period when the sun stays above the horizon 24 hours a day. “Between the hiking and spectacular drives, it’s one of the most stunning places on earth,” says Alex Malcom, the founder of Jacada Travel, a luxury travel planning company.

“Vilnius and the surrounding area is more than just Eastern Europe and part of the former Soviet Union—it has a rich Baroque and medieval history, too,” says Shelley Cline, President of TCS World Travel, a luxury tour operator that organizes private jet journeys around the world. Explore the Old Town’s restaurants, coffee shops, churches, and craftsman workshops, and if you have time, Cline recommends popping into the KGB Museum for a dive into Soviet history. Another can’t miss? Uzupis, a unique bohemian artists neighborhood where Lithuanians declared their independence. “The people in Vilnius are friendly and everyone is willing to have a conversation with you,” she says.

It seems as though everyone has been buzzing about Croatia of late, which means crowds are somewhat inevitable—but not if you’re strategic in choosing when to visit. “May is the time to go, so you don’t have to share the narrow streets of the charming small towns with tourists during the high season,” says Cline, who loves taking guests to the Istrian Peninsula for everything from truffle hunting to wine tasting. “Imagine Roman ruins set against the stunning colors of Croatia’s Adriatic Coast, and you can really envision how magical it must have been during the Roman times.”

The quaint coastal community is an ideal getaway during the month of May, particularly for sailing enthusiasts and architecture buffs. You’ll want to explore the Gilded Age mansions along Newport’s famed Cliff Walk and dine at a few cozy waterfront restaurants while you’re in town—

This tiny oasis town in central Morocco isn’t exactly the easiest to get to—it requires a 5 hour drive from Marrakech—but the journey is arguably the best part of the experience. “The drive through the Atlas mountains is one of the most beautiful things I’ve ever seen,” says Malcom, who recommends Dar Ahlam, a luxury hotel he promises will blow your mind. “Being there is almost like a theater production. I’d go for the hotel experience alone.” Among the highlights? The property arranges specialized activities like motorbike trips and picnics in the middle of nowhere.

“As the city awakens from its wintery spell, trees along Amsterdam’s canals burst with greenery and flowers come into full bloom. There’s still time during the first half of May to catch a glimpse of Keukenhof’s signature tulips in all of their rainbow-coloured glory, and temperatures are a comfortable 60 degrees,” says Tamara Lohan, the founder of travel club Mr & Mrs Smith. Lohan recommends staying at Pulitzer Amsterdam due to its proximity to the Nine Street boutiques and world-renowned museums. The property, an array of interconnected 17th-century townhouses is known for its “cheeky design touches and first-class service.” Lohan’s Insider tip: reserve a spot on Pulitzer’s antique 1909 canal boat to explore the history of Amsterdam from the water with a glass of jenever in hand.

Though the resort city in Mexico’s Baja Peninsula is idyllic year round—it gets 350 days of sunshine annually—ask a local, and they’ll recommend May, when the winter crowds have dwindled and the weather is perfect. Activities in the area run the gamut, from surfing to shopping, and the contemporary art scene is more vibrant now than ever. “From November through June, high-end art galleries in San Jose del Cabo’s historic art district stay open until 9pm every Thursday night for a weekly art walk,” says Frederic Vidal, the Managing Director of Las Ventanas al Paraiso, A Rosewood Resort. And though he admits that many of his guests like to stay put at Las Ventanas, he often encourages them to explore the local community: there’s a farmer’s market in town three days a week, surfing on the Sea of Cortez, and a booming dining scene to boot.

Take advantage of the pleasant spring hiking weather in the oft-overlooked New York mountain region. “Tourism is booming again in the Catskills, years after its Dirty Dancing glory days,” says Lohan. “It seems a new hotel opens every week, and one of my favorites is Hasbrouck House a small, stylish stay with a pool, private yoga classes, and the delicious Butterfield restaurant.” Lohan also recommends checking out Scribner’s Catskill Lodge—just under an hour north—for its fantastic bar-restaurant called Prospect, which has views of Hunter Mountain.

Avoid the summer masses on Nantucket by planning a trip in May, when the crowds are more manageable and the weather is still pleasant. From May 15-19, the island plays host to the 22nd Annual Wine & Food Festival, luring foodies and wine-o’s from across the country for cooking demos, auctions, live music, and other events. Check out our full guide to Nantucket here.

Looking for a reason to bump Madagascar to the top of your list? Lemurs. The primates are endemic to the island of Madagascar, making it the only place you can see them outside of zoos. “May is the start of the dry season, but the landscapes are still lush from the rain in the previous months, so it’s the perfect time to go,” says Cline. “The Malagasy people and culture are also fascinating because of all the influences from Africa, Asia and Europe, and the food is downright amazing because it combines local ingredients with French influence.”

New Zealand now the most powerful passport in the world

Indians who make there trip to Bhutan will now need to pay extra. Below are the explanations

Number of Nations that provides Indian Arrival Visas in 2020

Things To Do In Reno, Nevada