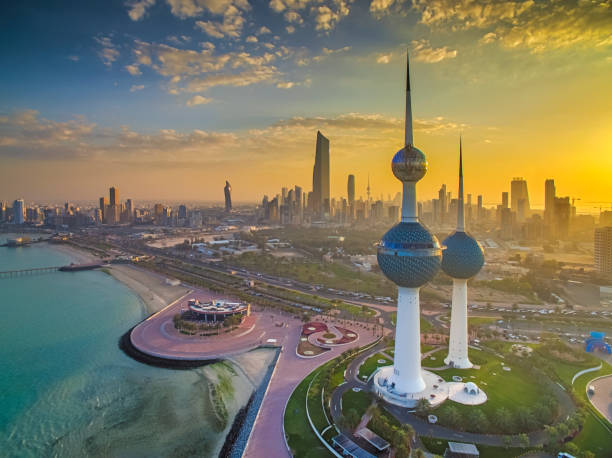 The weather in Kuwait is currently in a transitional state from summer to autumn, as temperatures are gradually dropping, Kuwait Meteorological Center said yesterday. The humidity level will increase, affecting visibility especially in coastal areas, meteorologist Abdulaziz Al-Qarawi told KUNA.

Qarawi said the weather yesterday was extremely hot with northwesterly light to moderate winds between 15 to 45 km/h speed. The maximum temperature was between 46 to 48 degrees Celsius. Sea level was between two to six feet. Yesterday night’s weather was expected to be relatively hot with light northwesterly wind at 12 to 35 km/h. The lowest temperature between 30 to 33 degrees Celsius and sea level between two to four feet.

As for tomorrow morning, the weather will be hot and humid, especially in coastal areas, with southeasterly to multi-directional winds of 8-35 km/h.

The highest temperature will be between 43 to 45 degrees Celsius with sea level between two to four feet. At night, it will be humid with light to moderate southeasterly to multi-directional winds of 8-28 km/h with a chance of fog and low horizontal visibility.