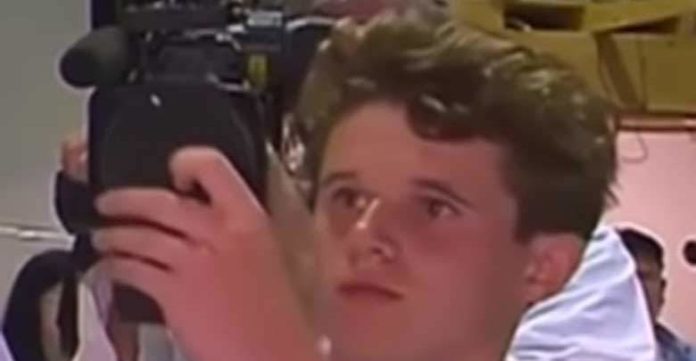 Teenage Boy Being Praised For Egging A Politician

Sen. Fraser Anning, who has a history of making offensive comments, then struck the teen. Police say they’re investigating both the teen and the politician.

A far-right Australian senator who was internationally criticized after he blamed Muslims for the Christchurch mosque shooting attacks was smacked across the back of his head with an egg on Saturday by a teen protester.

After being struck by the egg during a press conference in Melbourne, a shocked Sen. Fraser Anning then smacked the teen in his face in response.

The teen, who has not been identified by authorities, was then beaten and apprehended by Anning’s supporters who held him in a choke hold until police arrived at the scene.

The incident is still under investigation and will be looked at in its “entirety,” saidVictoria police in a statement.

Authorities said they would not only be looking into the teen’s actions, but Anning’s as well.

Police said the boy was removed from the premises after the scuffle.

Video footage of the egg incident quickly went viral on Saturday and the 17-year-old, whose name seems to be Will Connolly, according to an Instagram account that appeared to belong to him, was swiftly dubbed #EggBoy on social media.

People from around the world flooded’s the boy’s Instagram with praise, and many comments appeared to be from Muslims thanking the boy for standing up to Anning’s Islamophobia and racism.

After 49 people were killed and dozens more injured in Friday’s Christchurch shooting, Anning had released a highly offensive statement on his parliamentary stationary in which the Queensland senator blamed Muslims for immigrating to New Zealand.

The senator’s words were roundly criticized, including by Australia’s prime minister, Scott Morrison, who called them “disgusting.”

“Those views have no place in Australia, let alone the Australian parliament,” Morrison said.

Support for #EggBoy has been strong, with many people praising his actions online.

The incident was also being praised by young Muslims who were mourning in Christchurch.

“Did you see that video of the Queensland senator being hit by an egg?” one Muslim teen told BuzzFeed News as he stood outside a Christchurch hospital. “That made my day.”

In a video being shared online that the egg-throwing teen appeared to have filmed after the incident, he said, “Don’t egg politicians.”

“You get tackled by thirty bogans at the same time,” he said, using Australian slang for rednecks. “I learned the hard way. Fuck.”