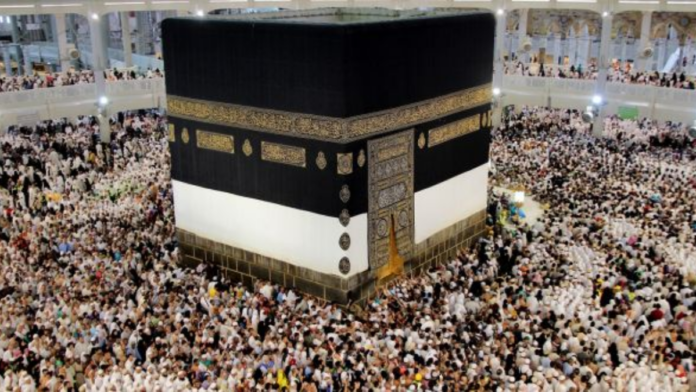 As many as 20,000 Umrah pilgrims and 60,000 worshipers will be allowed to perform prayers at the Grand Mosque in Mecca from Sunday, November 1, which marks the beginning of phase three of the gradual resumption of Umrah service. Some 19,500 worshippers will be permitted to visit Al Rawdah Al Sharifa, the grave of Prophet Mohammed (PBUH) in Medina from Sunday onward, said Dr. Amr Al Maddah, deputy minister for Haj and Umrah services at the Ministry of Haj and Umrah. Al Maddah said that the ministry has mobilized all its capabilities and made available opportunities for all Umrah campaign operators and service providers to increase their operational efficiency.

The resumption of Umrah service began on October 4 with the first phase of gradual resumption that was exclusively limited to Saudi citizens and expatriates from within the Kingdom at a rate of 30 per cent. The second phase began on October 18, allowing prayers be performed at the Grand Mosque in Mecca and visits to Al Rawdah Al Sharifa in Medina with the increased number of Umrah pilgrims.

Foreign pilgrims will be allowed for the first time from Sunday. Pilgrims and visitors from within the Kingdom and abroad will be allowed to perform Umrah and prayers at the Two Holy Mosques at full capacity in the fourth and final phase of the gradual resumption of the services that were suspended following the outbreak of coronavirus nearly eight months ago.

Al Maddah said that the arrival and departure of pilgrims through land, air and seaports, as well as accommodations in Mecca and Medina, Umrah rituals and visits to the two holy mosques will be reviewed and monitored thoroughly to ensure that all precautionary measures and preventive protocols are in place to prevent the spread of coronavirus among pilgrims and worshippers. He pointed out the mechanism for organising Umrah for foreign pilgrims requires specific procedures, including submitting a request to perform Umrah with all personal and health data, with a maximum of 50 people per group from the permitted countries, and the need for a foreign Umrah agent

Under the mechanism, high-quality integrated Umrah packages and reservation of flights must be confirmed, based on supply and demand from each country. The countries, which are sending pilgrims, will be classified on the grounds of a periodic review of the latest developments with regard to the coronavirus situation.

He said that 10,000 pilgrims are booking for Umrah on a daily basis and the number of groups is 500 groups, with 20 pilgrims in each group. There are more than 1,800 hotels and over 250,000 housing units in Makkah readied for the pilgrims. The hotels ranging from three to five stars are instructed to apply the highest standards of precautionary measures and preventive protocols to stem the spread of coronavirus during the stay of the pilgrims.

Dr. Al Maddah stressed that the protocols issued by the ministry for the foreign pilgrims include that their age shall be between 18 and 50 years and that they must remain three days in quarantine upon their arrival in the Kingdom.