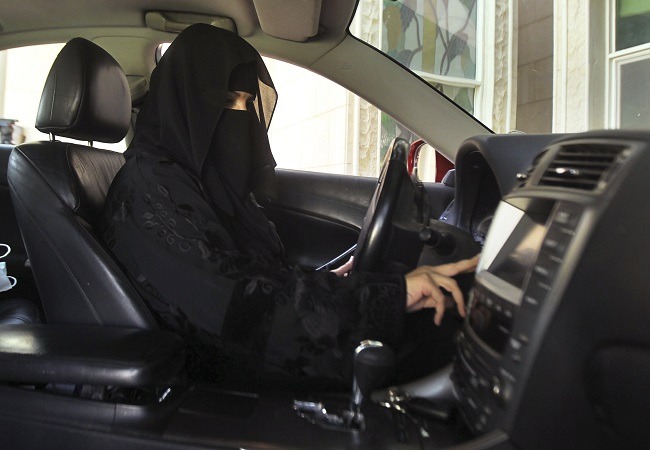 Saudi to allow women to drive in historic decision

Saudi Arabia will allow women to drive from next June, state media said yesterday, in a historic decision that makes the Gulf kingdom the last country in the world to permit women behind the wheel. The longstanding driving ban was seen globally as a symbol of repression of women in the ultra-conservative kingdom and comes after a years-long resistance from female activists. The decision, which risks riling religious conservatives, is part of powerful Crown Prince Mohammed Bin Salman’s reform drive aimed at adapting to a post-oil era and improving its battered global reputation due to its harsh human rights record.

“The royal decree will implement the provisions of traffic regulations, including the issuance of driving licenses for men and women alike,” the Saudi Press Agency said. It added that the decree would be implemented from June 2018. Conservative clerics in Saudi Arabia, an absolute monarchy ruled according to sharia law, have justified the ban over the years, including one who claimed that driving harmed women’s ovaries. Many women’s rights activists were jailed over the years for defiantly flouting the ban.