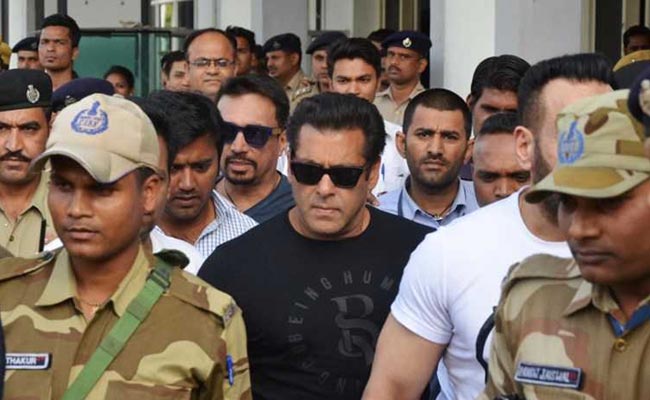 After spending two nights in Jodhpur Central Jail, Salman Khan has been granted bail in a 1998 blackbuck poaching case. Today’s judgement comes as relief for the actor who was sentenced to a 5-year jail term on Thursday.

District and Sessions Judge Ravindra Kumar Joshi allowed Khan’s plea for bail and suspension of sentence so that he can file an appeal against his conviction and sentencing.

Khan was granted bail on a bond of Rs 50,000 and two sureties of Rs. 25,000 each, Defence counsel Mahesh Bora said, adding he will be released this evening once the papers are ready and sent to jail authorities. The actor is expected to be out of the jail by 7 pm.

The actor will have to seek permission from the court before travelling abroad. His next hearing is scheduled for May 7.

Talking about this decision, Rampal Bhawad, President, Bishoni Tiger Force said that they will challenge the bail order.

Earlier today, Khan’s bail plea hearing was concluded in the Jodhpur District and Sessions Court in front of Judge Joshi, who had reserved the order till post-lunch.
Security was beefed up outside the Jodhpur Central Jail, where Salman fans started celebrating.

Celebrations also broke out outside Khan’s house in Mumbai.

The case was being heard by Judge Joshi who was transferred by the Rajasthan High Court on Friday as a part of routine judicial exercise that has seen 87 other judges being shuffled around.