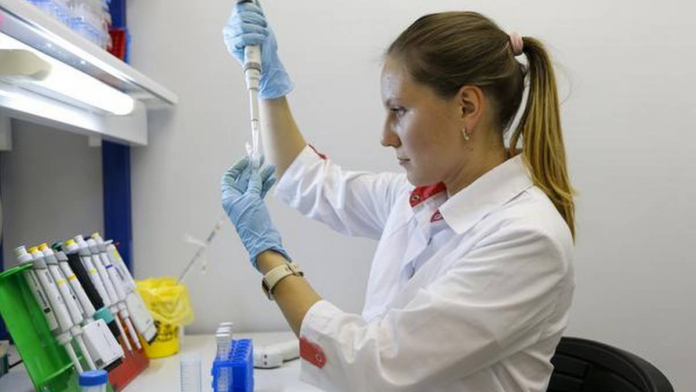 The Russian coronavirus disease (COVID-19) vaccine, Sputnik V, had an efficacy rate of 92 percent in tests conducted so far, the country’s health authorities said on Wednesday.

News of the success of the Russian vaccine came two days after a vaccine developed by the American firm Pfizer in partnership with Germany’s BioNTech was reported to be 90 percent effective, and as vaccines from China were rolled out to frontline health workers in the UAE and elsewhere. Tests of the Sputnik drug are currently in progress, involving 40,000 people in Russia, Belarus, the UAE, and India. Russia has also been collaborating with health authorities in Saudi Arabia about the possibility of extending tests to the Kingdom.

A statement from the Russian Direct Investment Fund (RDIF), which has overseen the vaccine’s development, and the Gamaleya Research Institute of Epidemiology and Microbiology in Moscow, said the drug “demonstrated high efficacy” based on first results from the largest double-blind, randomized, placebo-controlled phase III trials in Russia. The results were based on an evaluation of 16,000 volunteers who received Sputnik or a placebo, of whom 20 developed confirmed cases of the disease.

The Russians were the first to authorize testing of a vaccine on humans, and claimed their product — using a human adenovirus vector and administered in two shots — would provide a “strong and long term” immune response.

“There were no unexpected adverse events during the trials,” a statement said, although some of those vaccinated had minor adverse reactions such as pain at the injection site, and a flu-like syndrome including fever, weakness, fatigue and headache. A detailed analysis of the trial results will be published in due course a scientific journal. In September, British medical journal The Lancet favorably reviewed the Sputnik vaccine.

Kirill Dmitriev, chief executive of RDIF, said: “More and more countries are recognizing the human adenoviral vector platform and plan to include these vaccines, as the most studied and known, in their respective national vaccine portfolio.

“I would like to stress the importance of international co-operation and close partnership among vaccine developing states. Vaccines should be above politics,” he added.

First Covid-19 vaccine To Be Registered By Russia