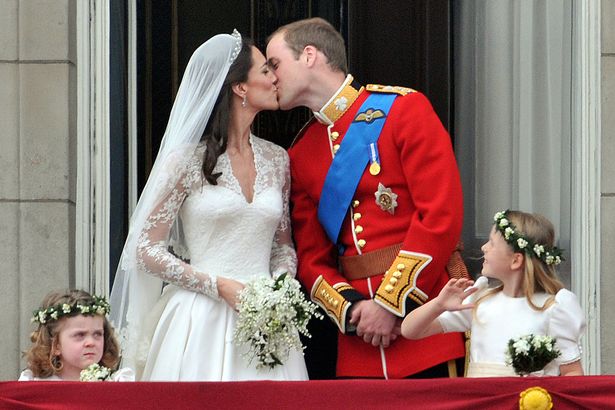 Prince Harry and Meghan Markle have been proclaimed husband and wife by the Archbishop of Canterbury in a ceremony watched by a global audience of hundreds of millions of people.

After the couple – the new Duke and Duchess of Sussex – tied the knot at St George’s Chapel, they delighted tens of thousands of well-wishers as they travelled through Windsor in an open-topped carriage.

Ms Markle’s white wedding dress – with a white veil and boat neck – was created by British designer Clare Waight  Keller, the first female Artistic Director at French fashion house Givenchy. Prince Harry and his best man the Duke of Cambridge are both wearing the frockcoat uniform of the Blues and Royals.

A host of celebrities including Oprah Winfrey, George Clooney and David Beckham are among the 600 invited guests alongside senior members of the Royal family. Another 2,640 members of the public have been chosen to watch the ceremony from the grounds of Windsor Castle.

The Prince of Wales has stepped in for the father of the bride, as he walked Ms Markle down the aisle. Ms Markle did not promise to “obey” her husband, who has chosen to wear a wedding ring – unlike his brother.

After arriving with her mother, Doria Ragland, Ms Markle walked up the Nave of St George’s Chapel – the first part of the church – on her own in front of a global television audience of millions.

She was followed by her six bridesmaids and four pageboys including Prince George and Princess Charlotte. Ms Markle was then accompanied by Charles through the Quire, which begins in the middle of the chapel. The couple were declared husband and wife at shortly before 12.45pm, but the ceremony omitted the traditional moment of “giving away”.

Huge crowds have gathered in Windsor, with hundreds of die-hard royalists – many decked out in the national colours of both Britain and the United States – camping out overnight to secure the best views.