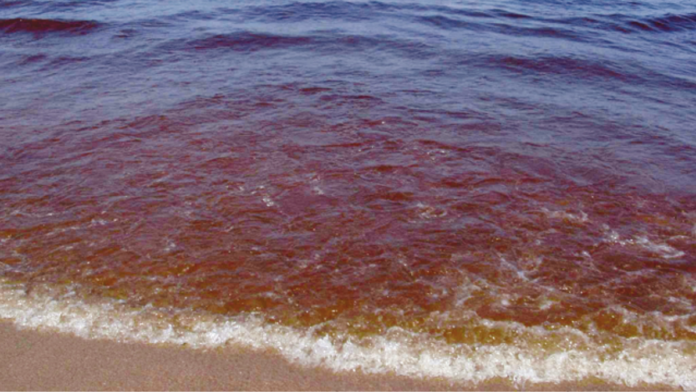 Residents urged to stay away from red tide beaches in Oman

Oman’s Ministry of Health urged the public to stay away from beaches and areas affected by the red tide phenomenon and warned them against eating contaminated shellfish or fish.

The ministry also advised commercial fishermen and beachgoers to avoid harvesting fish or shellfish to eat, in order to prevent any possible ingestion of toxic substances produced by colonies of algae in the red tide bloom.

The warning was issued after the Dhofar Governorate reported several cases of food poisoning due to eating shellfish that contained poisonous substances.

The ministry advised people to go to the nearest health institution if they get food poisoning symptoms such as vomiting, diarrhoea, and symptoms of the nervous system such as numbness, weakness in the hands and feet, and difficulty in breathing.

“People are advised not to approach the areas affected by the red tide phenomenon, which is caused by microscopic algae that produce toxins that kill fish and make shellfish dangerous to eat. The toxins may also make the surrounding air difficult to breathe, “the ministry said in its statement.

The Education Ministry’s efforts to operate schools during the forthcoming School Year 2020-2021, the Supreme Committee affirmed that the school year will begin on November 1, 2020. The Committee reiterated its plea to citizens and residents to shoulder the responsibility of protecting human life by reporting offenders to the authorities concerned.