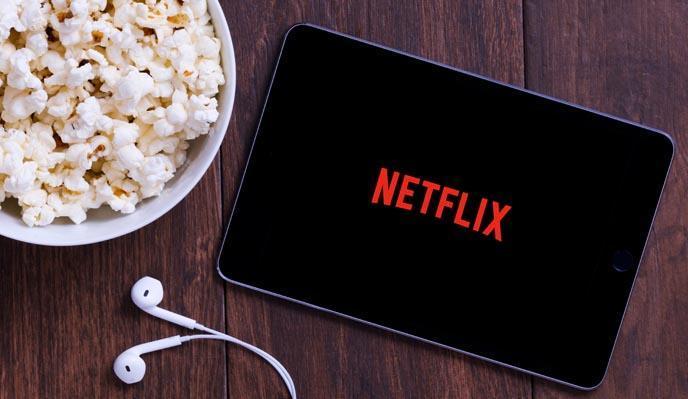 “Netflix and Chill” is still possible during the coronavirus pandemic. In fact, it’s encouraged. However, it’s taken on a new name called “quarantine and chill.”

Netflix released this great function that allows you to simultaneously stream TV shows and movies with your friends remotely called Netflix Party.

The feature allows anyone in the group to pause, play, fast forward and rewind. And there’s a side chat where everyone can comment and discuss what they’re watching.

If you’re looking for a new TV show to binge during your #quarantineandchill, we got you covered with our list below!

This series follows a quartet of bright, street-savvy friends who are navigating their way through high school, including all the of the triumph, pain and newness they experience along the way. Lifelong friendships are tested as Monse, Ruby, Jamal and Cesar confront the challenges of adolescence and life in their predominantly Hispanic and black neighborhood in South Central Los Angeles in this coming-of-age comedy series.

What would you do for love? For a brilliant male bookstore manager who crosses paths with an aspiring female writer, this question is put to the test. A charming yet awkward crush becomes something even more sinister when the writer becomes the manager’s obsession. Using social media and the internet, he uses every tool at his disposal to become close to her, even going so far as to remove any obstacle –including people — that stands in his way of getting to her.

Socially awkward high school student Otis may not have much experience in the lovemaking department, but he gets good guidance on the topic in his personal sex ed course — living with mom Jean, who is a sex therapist. Being surrounded by manuals, videos and tediously open conversations about sex, Otis has become a reluctant expert on the subject. When his classmates learn about his home life, Otis decides to use his insider knowledge to improve his status at school, so he teams with whip-smart bad girl Maeve to set up an underground sex therapy clinic to deal with their classmates’ problems. But through his analysis of teenage sexuality, Otis realizes that he may need some therapy of his own.

The End of the F***ing World

Based on the comic book series by Charles Forsman, “The End of the F…ing World” sees two 17-year-old outsiders, James and Alyssa, embark on a road trip to find her estranged father, who left home when she was just a child. James, who is convinced he’s a psychopath, has decided it’s time to graduate from killing animals to something bigger — and he already has a target in mind. Alyssa, the embodiment of existential angst, feels like she doesn’t fit in at her new school despite being quite popular. Together, they get caught up on a trail of violent events that grow increasingly more ominous as their quest progresses.

When three working-class teens enroll in an exclusive private school in Spain, the clash between them and the wealthy students leads to murder.

A criminal mastermind who goes by “The Professor” has a plan to pull off the biggest heist in recorded history — to print billions of euros in the Royal Mint of Spain. To help him carry out the ambitious plan, he recruits eight people with certain abilities and who have nothing to lose. The group of thieves take hostages to aid in their negotiations with the authorities, who strategize to come up with a way to capture The Professor. As more time elapses, the robbers prepare for a showdown with the police.

Walter White, a chemistry teacher, discovers that he has cancer and decides to get into the meth-making business to repay his medical debts. His priorities begin to change when he partners with Jesse Pinkman, a former school student.

Based on an award-winning play (“The Audience”) by showrunner Peter Morgan, this lavish, Netflix-original drama chronicles the life of Queen Elizabeth II (Claire Foy) from the 1940s to modern times. The series begins with an inside look at the early reign of the queen, who ascended the throne at age 25 after the death of her father, King George VI. As the decades pass, personal intrigues, romances, and political rivalries are revealed that played a big role in events that shaped the later years of the 20th century.

Alison Brie stars as Ruth Wilder, an out-of-work actress living in Los Angeles in the ’80s. Wilder finds an unexpected chance at stardom: enter the glitter and spandex-laden world of women’s wrestling, where she must work alongside 12 other Hollywood misfits. Marc Maron plays the role of Sam Sylvia, a washed-up director of “B” movies who tries to lead the group of women to fame. The series is created by Carly Mensch and Liz Flahive, who serve as executive producers with Jenji Kohan and Tara Herrmann.

A dangerous Tommy Shelby leads Peaky Blinders, a criminal gang based in Birmingham in 1919. Chief Inspector Chester Campbell decides to nab him and put an end to the activities of this gang.

When Belgrave University student Jack Morton joins a fabled secret society, the Hermetic Order of the Blue Rose, he is thrust into a world of magic, monsters and intrigue. Out to avenge his mother’s death, he uncovers dark family secrets and lands in an underground battle being waged between werewolves and practitioners of dark magic. Assisting Jack in the fight is Alyssa, a tour guide at Belgrave and fellow member of the Order, which is led by Jack’s estranged father.

Created by Bill Dubuque (“The Accountant,” “The Judge”), this drama series stars Jason Bateman as Marty Byrde, a financial planner who relocates his family from Chicago to a summer resort community in the Ozarks. With wife Wendy and their two kids in tow, Marty is on the move after a money-laundering scheme goes wrong, forcing him to pay off a substantial debt to a Mexican drug lord in order to keep his family safe. While the Byrdes’ fate hangs in the balance, the dire circumstances force the fractured family to reconnect.

The Best Horror Movies on Netflix to Watch Right Now

10 of the Best K-Dramas just for you

Netflix: Binge To Your Heart’s Content with these Web Series

Netflix: The 15 Best Bollywood Movies You Need to Watch