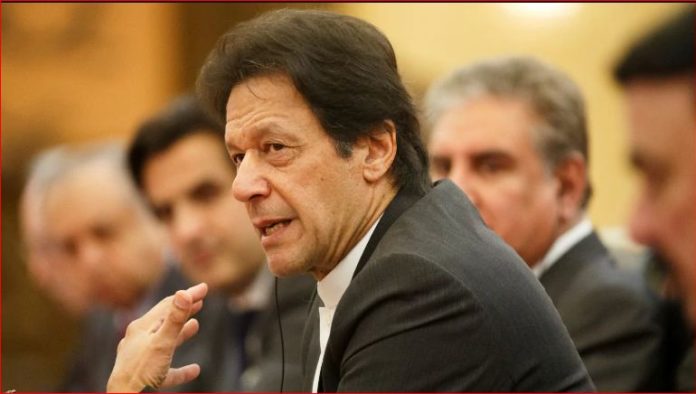 Pakistan says it will release an Indian fighter pilot it captured Wednesday, easing the immediate risk of further conflict between India and Pakistan after the two nuclear-armed rivals engaged in their most dangerous military encounter in decades.

Pakistan says it will release an Indian fighter pilot it captured Wednesday, easing the immediate risk of further conflict between India and Pakistan after the two nuclear-armed rivals engaged in their most dangerous military encounter in decades.

Calling it a “peace gesture,” Pakistani Prime Minister Imran Khan told Parliament on Thursday that the pilot would be released Friday.

The announcement lowered tensions on the subcontinent and allayed fears that India and Pakistan could be sliding toward war. In recent days, world leaders have called on both countries to step back from outright conflict after they engaged in tit-for-tat airstrikes and their first aerial combat in nearly 50 years.

Pakistan’s announcement that it would free the pilot came hours after President Trump said there was “reasonably decent news” from Pakistan and India that had raised his hopes for a reduction in tensions.

Secretary of State Mike Pompeo told reporters that he had spent “a good deal of time” engaging with the leaders of both countries over the phone Wednesday night, encouraging them not to take any action “that would escalate and greatly increase risk.”

Trump says ‘reasonably attractive news’ to come on India, Pakistan tensions
While in Hanoi, President Trump said on Feb. 28 that the United States was working to ease heightened military tensions between India and Pakistan. (The Washington Post)

Pakistan’s move to release the Indian pilot provides a way for the two countries to de-escalate the situation at a point where both can plausibly claim victory for their domestic audiences. On Tuesday, India launched air strikes for the first time on an alleged terrorist training camp within Pakistan, a response to a massive suicide bombing in ­Indian-controlled Kashmir on Feb. 14 that killed 40 paramilitary police officers.

Pakistan retaliated by conducting airstrikes Wednesday just across the unofficial border that divides the Himalayan region of Kashmir. It said it downed two Indian planes in the ensuing confrontation — although India insists it lost just one — while also capturing the fighter pilot. Commercial flights were suspended across Pakistan and a large swath of northwestern India after the confrontation.

Announcing the release of the pilot to cheers in Parliament, Khan told lawmakers that “Pakistan’s desire for de-escalation should not be confused for weakness.” He accused India of rushing to blame Pakistan for the Feb. 14 attack and promoting “war hysteria.”

In India, Air Vice Marshal R.G.K. Kapoor told reporters Thursday evening that the country’s air force is “extremely happy and looks forward to the return” of the pilot, identified by Indian media outlets as Abhinandan Varthaman.

The country’s armed forces remain in a “heightened state of readiness,” added Indian Maj. Gen. Surendra Singh Mahal. He indicated that further escalation from India’s side was not imminent but said its forces stood prepared to respond to any “provocation” from Pakistan.

Indian Prime Minister Narendra Modi, who is seeking reelection this spring, has not commented on the impending release of the pilot. He also remained silent after the situation escalated Wednesday, spurring fears that India could be preparing further military action.\
Earlier Thursday, Modi addressed his party’s workers and referred to unnamed “enemies” who he said are trying to destabilize and attack the country. “India will grow as one,” he said. “India will fight as one. India will win as one.”

Indian officials, speaking on the condition of anonymity under government ground rules, said their main demand was for Pakistan to take steps against militant groups such as Jaish-e-Muhammad, which asserted responsibility for the suicide bombing. The United States designated Jaish-e-Muhammad a terrorist organization in 2001.

India has long accused Pakistan of sheltering and supporting such groups, which have carried out attacks in Kashmir and elsewhere in India. Pakistan denies the allegations, but its intelligence services have links to militant groups.

On Thursday, the spokesman for Pakistan’s Foreign Ministry, Muhammad Faisal, confirmed that it had received a file from India containing details on the Feb. 14 attack. “Action will be taken on any actionable intelligence, if found in the dossier,” he said.

“India cannot escalate now,” said Kabir Taneja, a fellow at the Observer Research Foundation, a think tank in New Delhi. “There is no tenable reason” to do so with the imminent release of the Indian pilot, he said.

However, this week’s confrontation will have a lasting impact on the strategic equation between India and Pakistan, Taneja said, making future such incidents more likely. There is “a new status quo as far as cross-border operations are concerned,” he said. Now India “can and will use air power” in response to major terrorist attacks in Kashmir and beyond.

In some ways, India’s strike Tuesday was the most significant since its 1971 war with Pakistan, said Vipin Narang, a political scientist and expert on nuclear strategy at the Massachusetts Institute of Technology. Modi has “introduced an uncertainty, as Pakistan doesn’t know where they can be hit now.”

But “neither side wants a broader war,” Narang added. “Now that both have got their shot in, there is an opening for de-escalation.”