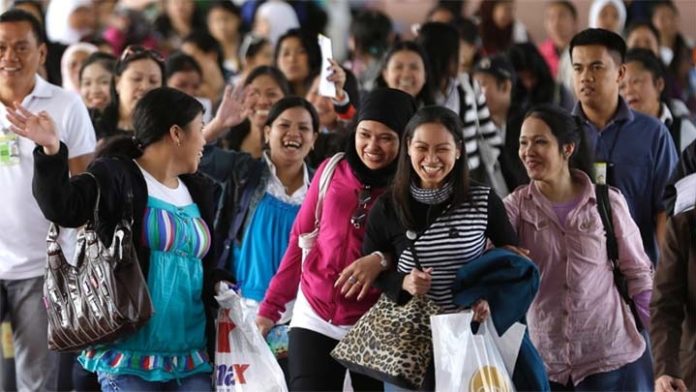 A labour pact, which defused a diplomatic crisis between Kuwait and the Philippines earlier this year, faces a new hurdle, a Kuwaiti unionist has said.

Both countries signed in May the agreement regulating the employment of domestic workers in Kuwait after their ties deteriorated over a row on treating Filipino employees and Kuwait’s expulsion of the Philippine ambassador.

Head of the Kuwaiti Union of Domestic Labour Office, Khalid Al Dakhnan, said that the May pact is in peril after the Philippine authorities have demanded recruitment offices in the Gulf country to deposit an insurance fee of 10,000 dollars in banks to reimburse Filipinos in case of terming their contracts or withholding their salaries.

Under the Philippine curbs, the insurance fee can reach 50,000 dollars in case of repeated violations by the recruitment offices, he added, according to Kuwaiti newspaper Al Anba.

“This term per se amends the [May] agreement and casts doubts over Kuwait’s commitment,” Al Dakhnan said.

He called on Kuwaiti authorities to interfere and push for scrapping the “unfair decision”.

“Our union categorically refuses this regulation and calls on offices employing domestic workers to Kuwait to ignore it.”

Al Dakhnan said the Philippine terms only apply to Kuwait and that his union will approach other countries for domestic workers “in order to ease the current crisis”.

Earlier this year, the Philippines banned its nationals from working in Kuwait over alleged abuses after a dead Filipina was found stuffed in a freezer inside an apartment in Kuwait. The ban was later lifted amid a thaw in ties between the two countries.