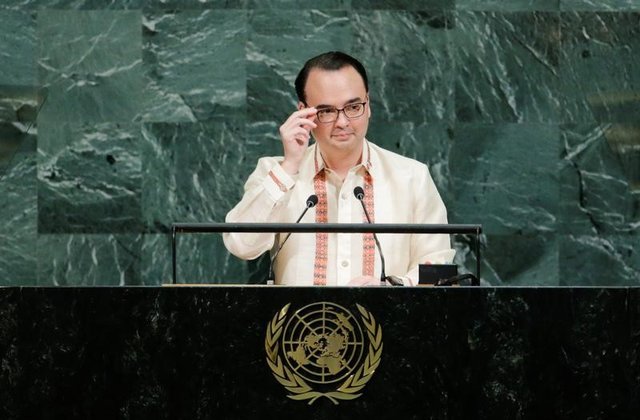 The Philippines apologized to Kuwait on Tuesday, April 24, for rescuing abused overseas Filipino workers (OFWs) in the Middle Eastern country through an operation that angered the Kuwaiti government.

In an interview with reporters, Philippine Foreign Secretary Alan Peter Cayetano explained that the rescues were done “in the spirit of emergency action to protect Filipinos.”

Saying now that these were done “in the spirit of emergency action” is different from Cayetano’s statement on Monday, April 23, that the Philippines coordinates with Kuwait for all its rescue operations there.

Cayetano said: “When we receive a call and they say, ‘I’ll be killed’ or ‘I’m in danger,’ action has to be swift, and action has to be given right away. So it is in this spirit that I apologize to my counterpart, and we apologize to the Kuwaiti government, Kuwaiti people, and the leaders of Kuwait, if they were offended by some actions taken by the Philippine embassy in Kuwait.”

“But we have explained to their ambassador, and their ambassador has accepted this explanation, but of course we will also send it to our counterparts, that this was all done in the spirit of emergency action to protect Filipinos,” he added.

Following Kuwait’s protest, the Philippines vowed “respect for the sovereignty of the State of Kuwait and the dignity of the Kuwaiti people,” as President Rodrigo Duterte met with Kuwaiti Ambassador Saleh Ahmad Althwaikh.

In a statement on Tuesday, Malacañang said the Philippines and Kuwait agreed on the following:

Interior Minister orders arrest of 3 Philippine embassy personnel who appeared in viral video helping maids flees houses Security forces have named the suspects who are believed to have assisted a Filipina domestic worker in escaping from her sponsor’s home. The 3 suspects and the housemaid, all Filipino nationals have been tracked down, read a statement by the Kuwaiti interior ministry on Saturday. Meanwhile, the statement cited Kuwaiti Deputy Prime Minister and Interior Minister Sheikh Khaled Al-Jarrah Al-Sabah’s grave concern over the incident, noting that the full force of law will be used to bring those complicit in the wrongdoing to justice. Kuwait’s foreign ministry on Friday summoned the Philippines’ ambassador in protest over “incendiary remarks” by officials in Manila, in addition to questionable conduct on the part of Filipino diplomatic staff in the country. #kuwaittoday #kwttoday #philippines #kuwait

Kuwait earlier summoned Philippine Ambassador to Kuwait Renato Villa over the OFW rescues, which went viral through a video released by the Philippine Department of Foreign Affairs.

Even supporters of Duterte, such as Overseas Workers Welfare Administration Deputy Administrator Arnell Ignacio, said the video should not have been made public.

Ignacio said that because the rescue constituted a crime in Kuwait, it should have been a “covert operation.” Referring to Kuwait’s laws, he added, “Kung iva-violate mo rin lang, ‘wag mo nang i-video at i-post (If you will violate it anyway, then don’t take a video and post it).”