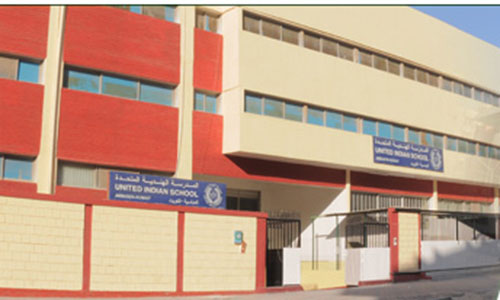 Large number of parents protests against the move of United Indian School to shift the students in higher classes to new school located in Hasawi without any prior information. The school currently located in the heart of Abbasiya where large number of Indians are living, opened a new branch named United International Indian School in Hassawi.

According to a circular from the school management last week, the school will move all students of class 9th and 10th to their newly launched sister concern United International Indian School in Hasawi. However according to the parents, this came as a surprise for many as the school had never informed nor discussed with the parents about the shifting of the students to another school. Informing this in the last minute, just before the starting of new academic year, left the parents in a quandary. “We enrolled our wards to the school in Abbasiya considering the close proximity to our house. Now they are informing this in the last minute so that we don’t even had time to think of shifting our wards to other schools in Abbasiya”, parents told IndiansinKuwait.com. “The new building is located in the middle of Hasawi, where large number of bachelors and labourers are living. We are afraid to send our teenage girls in 9th and 10th classes to that school,” said another parent. The school management should discuss this matter with parents before taking such decision of shifting the students to another school, parents said. The academic classes at new school are slated to begin on next week.