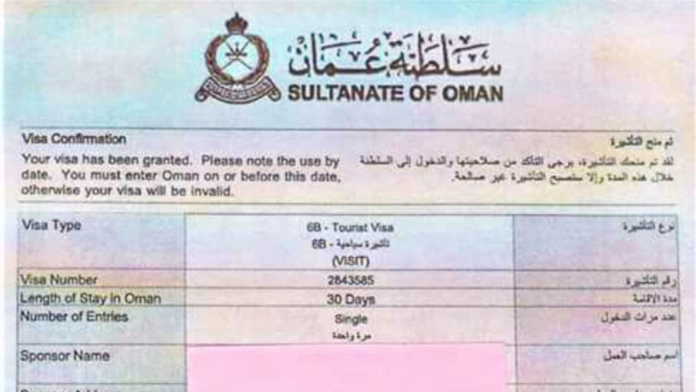 Oman’s Ministry of Finance announced in its fiscal balance plan published recently that citizens from 100 countries will be allowed to visit the Sultanate without visa. Currently, due to COVID-19, visit visa services remain suspended.

The list of countries that would be exempted has not been released yet and it is believed that it will be announced in the coming months. The measure is expected to greatly boost flow of tourists and investment potential in the travel and tourism fields. Industry experts and those in the hospitality business are very optimistic about this development and said that they were eagerly awaiting for further updates in this regard. Currently, citizens of all GCC states – UAE, Bahrain, Qatar, Saudi Arabia and Kuwait – do not need visa to visit Oman.

As per the October data from the National Centre for Statistics and Information Oman (NCSI Oman), the number of flights on a year on year comparison till August showed a decrease of 64 per cent.

With the establishment of air bubble between Oman and India, and resumption of normal commercial airline and airport operations from October 1, there is bound to be a significant increase in the number of flights. The year on year international passenger number till August showed a decline of 68.6 per cent and transit passenger drop was 68.1 per cent in the same time frame.

Domestic flight movements as well as the passenger figures showed an upward trend in August this year as compared to previous months even though the comparison to last year showed a 65 per cent decline. Hotel occupancy dropped 76 per cent as compared to last year, but in September, 75,180 guests checked in at various hotels in Oman, up by about 22,000 compared to preceding two months.