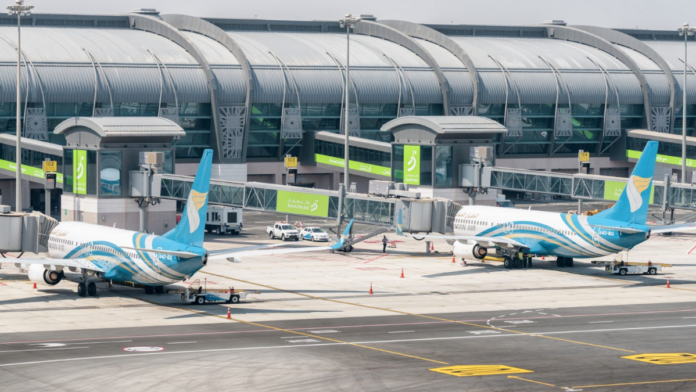 Oman’s Supreme Committee has mandated that all travellers arriving in the Sultanate through all ports must undergo a PCR test not more than 96 hours prior to their arrival, in addition to taking the test again upon arrival.

The Committee issued a statement yesterday that passengers arriving in Oman are mandated to undergo a PCR test before travel and also one immediately upon arrival. Several counters for the PCR testing have been set up at Muscat International Airport, which can be accessed by the passengers, after immigration and before baggage claim.

The results of the test made available within 24 hours can be accessed through the Tarassud+ app that every arriving passenger is expected have downloaded in their phones. The wristband paired with the smart phone, monitors that movement of the person, with offenders meted out fines and other penalties, including deportation. The compulsory home quarantine of 14 days has now been reduced to seven days, with a PCR test that has to be repeated on the eighth day.

From October 21 to October 27, 14,302 travellers were tested at the various points of entry in Oman and 810 were found to be positive which accounted for 6 per cent of the total passengers, an official at the press briefing yesterday said. Dr Saif Al Abri, Director General of Diseases Surveillance and Control, said: “We assessed data of travellers arriving in the Sultanate in recent months and found that more than 75 per cent of them show symptoms 7 days after arriving in Oman.”

Dr Saif also informed that those passengers who are already into a 14-day quarantine period and have finished 7 days of quarantine can undergo a PCR test to check their status and end the isolation if the test is negative.