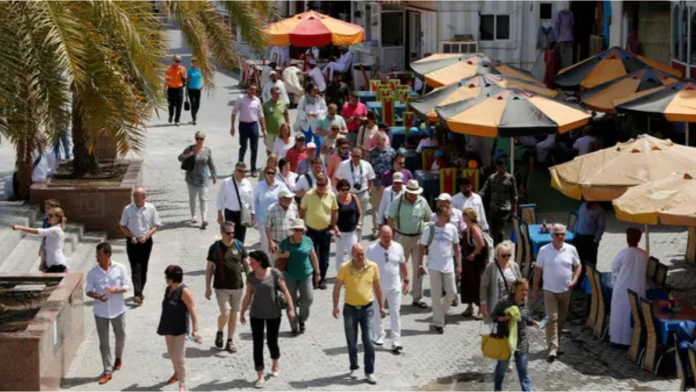 At a press conference held by Oman’s Supreme Committee today, Minister of Health Dr Ahmed Al Saeedi reiterated the ban on gatherings as the virus spread due to community gatherings accounts for 80 per cent of the infections. He said that in spite of repeated requests, warnings and penalties, a few gatherings continue to happen in closed places.

The Minister also confirmed that the partial closure helped contain the virus to an extent. Over 1.8 million doses of vaccine have been reserved from various manufacturers but the confirmation of availability is yet to come through, he noted.

Dr Seif Al Abri, General Director of Disease Control at the Ministry of Health reiterated stressed again on the quarantine that is applied to those entering Oman and said that it is mandatory to remain in 14-day quarantine even if the resident or citizen tests negative.

He said a study on travellers showed that the COVID-19 symptoms appeared between the second day and seventh day after infection. In some cases symptoms appeared on the 14th day as well. While testing is done to check the presence of virus, quarantine is to contain the virus if it in incubation stage and to arrest the spread. Those on 14-day quarantine are strictly monitored through the wrist-bands and the corresponding app in the paired phone. A few offenders were fined heavily as their movements were being monitored.

Dr Saeedi brought home the point of biometrics for attendance and said that it is safe to resume the same, provided the necessary precautions are ensured. He said Oman had not entered a second phase other than the fluctuations in the number of cases. If normal life is to be restored, everyone must follow the precautions diligently and Oman follows the principle of transparency in announcing the laboratory confirmed cases.