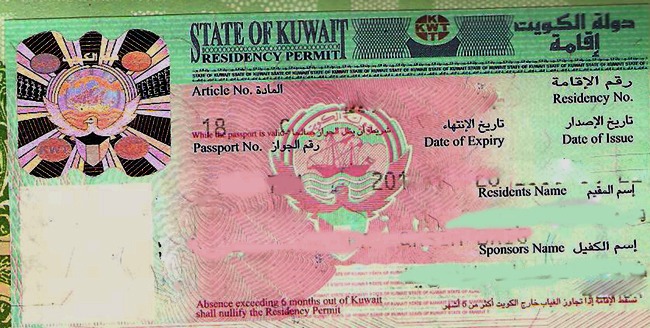 No more residency stickers in passports

Deputy Prime Minister and Minister of Interior Lt-Gen Sheikh Khalid Al-Jarrah has issued a decision to cancel residency stickers that are placed in the passports of expatriates.

According to Assistant Undersecretary for Residency Affairs Major General Talal Marafie, the data included in the residency stickers will be mentioned in the civil IDs.

The decision will be enforced as soon as Public Authority for Civil Information (PACI), the embassies of some countries in Kuwait and airlines are ready.

Major General Marafie stressed that implementation of the decision will be preceded by a campaign aimed at informing everyone about the decision. He explained that such a decision has a number of advantages such as bringing an end to confiscation of expatriates’ passports by sponsors as this will no longer be required, and preservation of the papers in the passports. The decision also includes temporary residency and departure notifications.