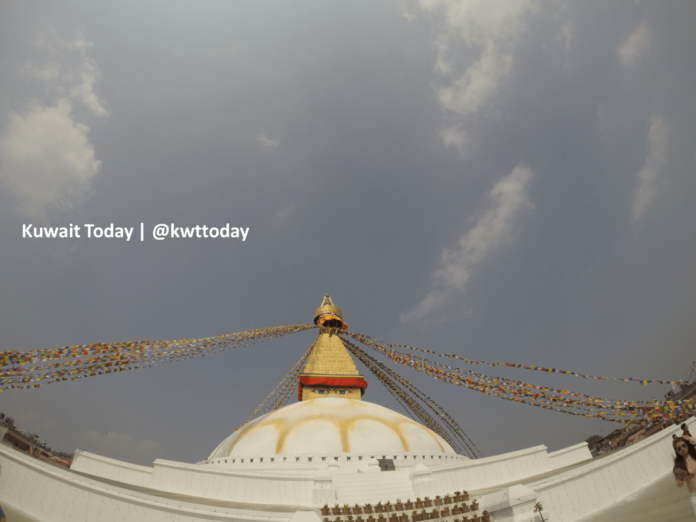 In the spur of the moment we decided to make a trip to Nepal, little did we know we were heading to Paradise. With a lot of homework, reading and advice from a dear friend Nishal, we took a direct flight to Kathmandu, the capital of the country and in 5 hours we were at our destination.
Naturally Nepal as it called, had a lot to explore and discover which led us to book a few internal flights and hotels, my forever travel partner aided me with all this, from sightseeing to hotel bookings to our adventure packed days Clinton sought it all out.

Two days in Kathmandu went in seeing the famous attractions; we started with the Boudha Stupa monument (stupa basically means a dome shaped building in memory of Buddha or a sacred spot) which has been listed on the world heritage site by UNESCO and is a major destination for pilgrims, it is their belief that those who reside around the stupa will never have to suffer hunger, famine and unfavorable conditions, we then headed to the Kathmandu Durbar square from which we began our great climb to the Swayambunath Stupa which is famously known as the Monkey temple – 365 steps climb before you finally reach the top to catch the panoramic view of the city, the whole temple is full of prayer flags differently colored which are an important part of the Tibetan, Nepali and Buddhist culture, our guide took us to the Dalai Lama School of art where painters dedicatedly made mandalas, I was very intrigued when a young boy told us how His holiness Dalai Lama would create huge sand mandalas, spend weeks creating them only to destroy them to teach us that nothing lasts forever in this world and his journey in attaining Nirvana, the highest state of enlightenment. 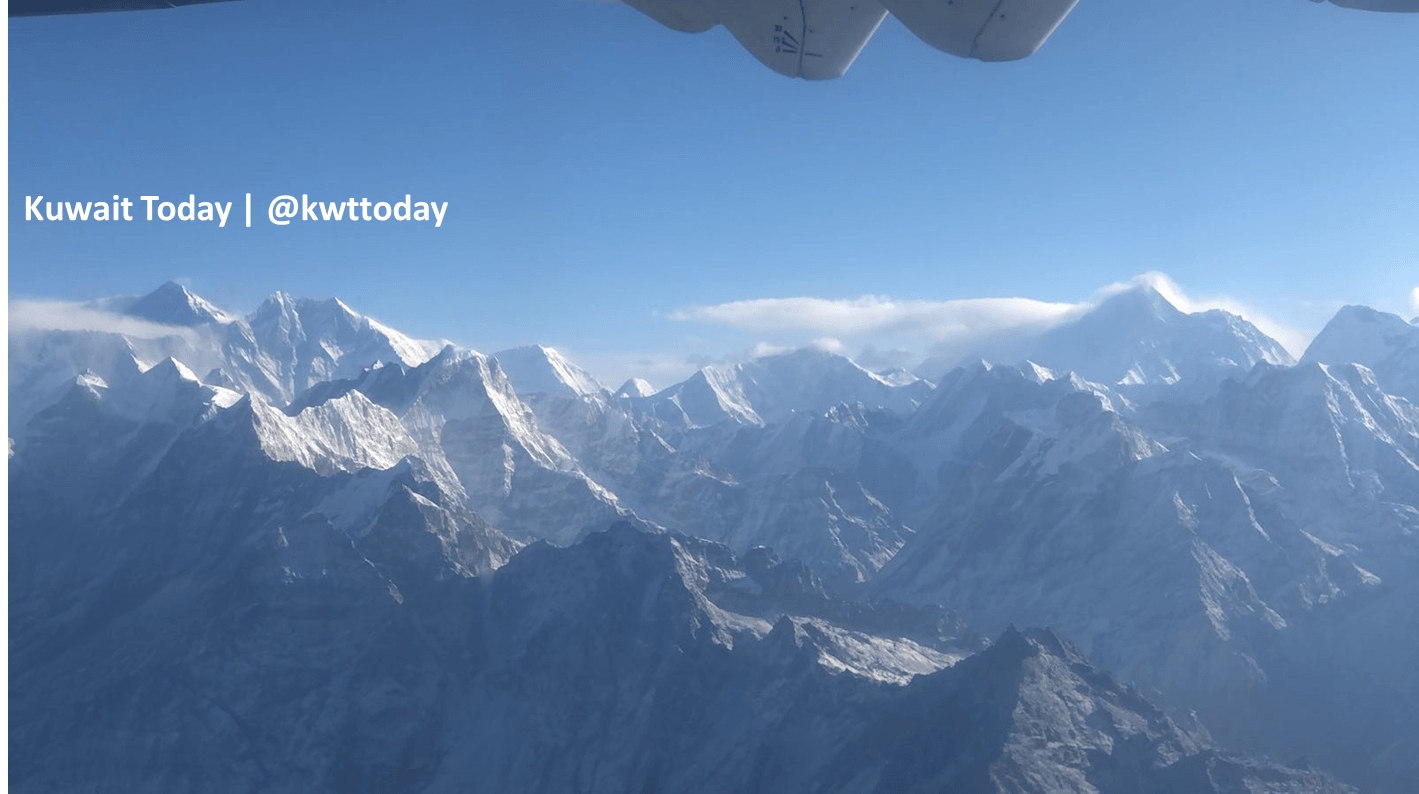 We then embarked on the journey I along awaited; to witness the Mount Everest. I cannot do justice in words to what my eyes saw, literally located at the top of the world, above sea level, the pilot flew us close to the peaks detailing us about the Everest. Lhotse, the fourth highest mountain in the world and another mountain range called Nuptse are connected to Mount Everest and form the group of mountains called the Everest massif. The mountains with two summits Gauri Shankar are regarded as sacred mountains and are officially closed for climb; the half an hour flight was surreal experiencing the majestic Himalayas where trekkers from all parts of the world began their expedition. 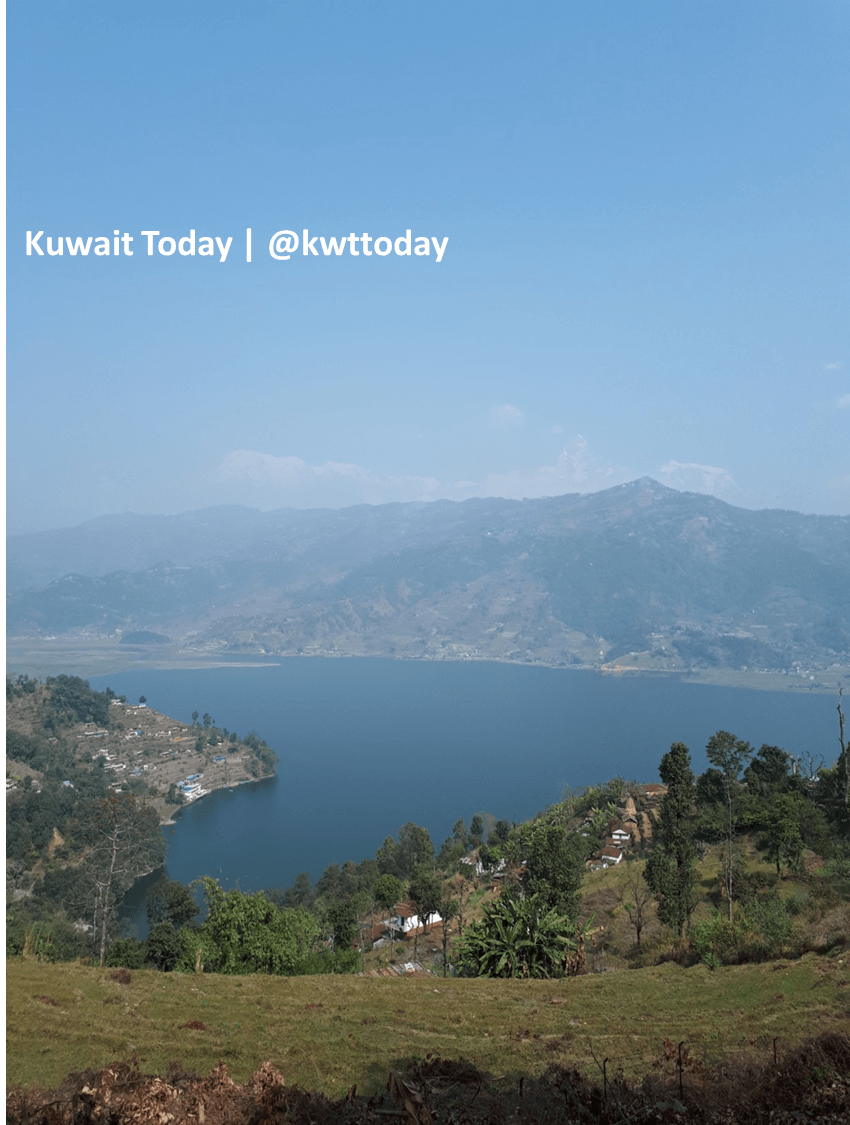 Pokhara was the next stop, the city where the real adventure lives trekking getaway for many, boating, paragliding, river rafting or just simply relaxing at the stunning Phewa lake with the Annapurna mountain range at the background, this city overwhelmed our hearts while making it the best travel experience in Nepal. 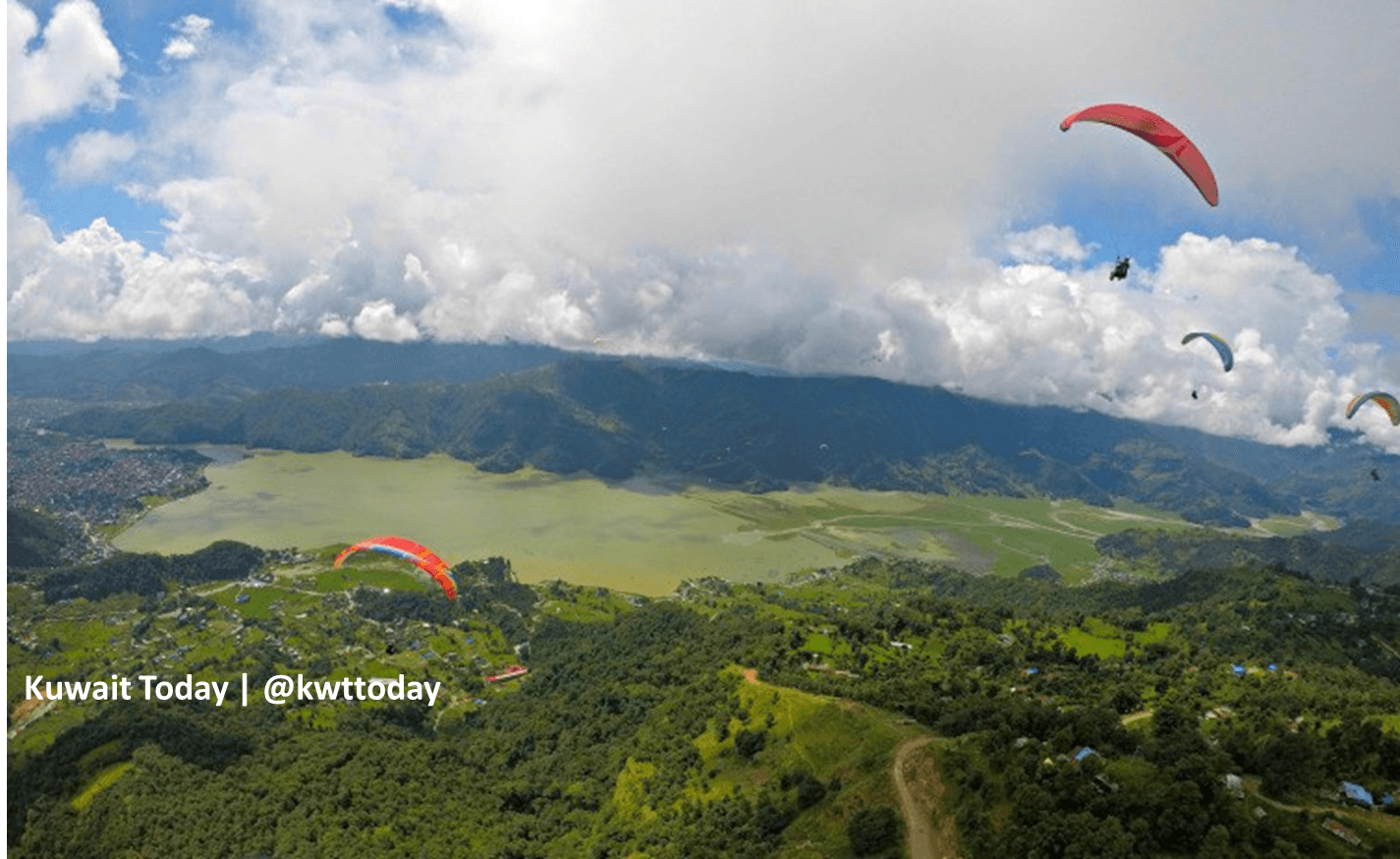 Paragliding has been one of Pokhara’s biggest sports, soaring with the hawks and close to the Himalayan Summit, I owe this one to Clinton to push me to do this. Day one went dedicated doing that, we got in touch with Team5 Paragliding who drove us to Sargankot hill station 30 minutes jeep drive and briefed us and got us ready for the big jump above Lake side, 1600m above sea level we launched up using equipment and thermal to rise up above Sarangkot to see the stunning landscape of the Annapurna. The jumping off point was something that is etched in me and I can only describe it as heaven, our pilots were well experienced and made it an exhilarating sensation, drifting comfortably amongst the clouds offering some acrobatic stunts which only Clinton could dare to take. My pilot kept me affirmative I could release my hands but that happened only eventually 30 minutes flying with the Fish Tail mountain as view, my every move was recorded on a gopro by these professionals. Our following days were power packed, early morning pickups, long drives, and hearts filled with anticipation and meeting a lot of new people, observing the new culture. 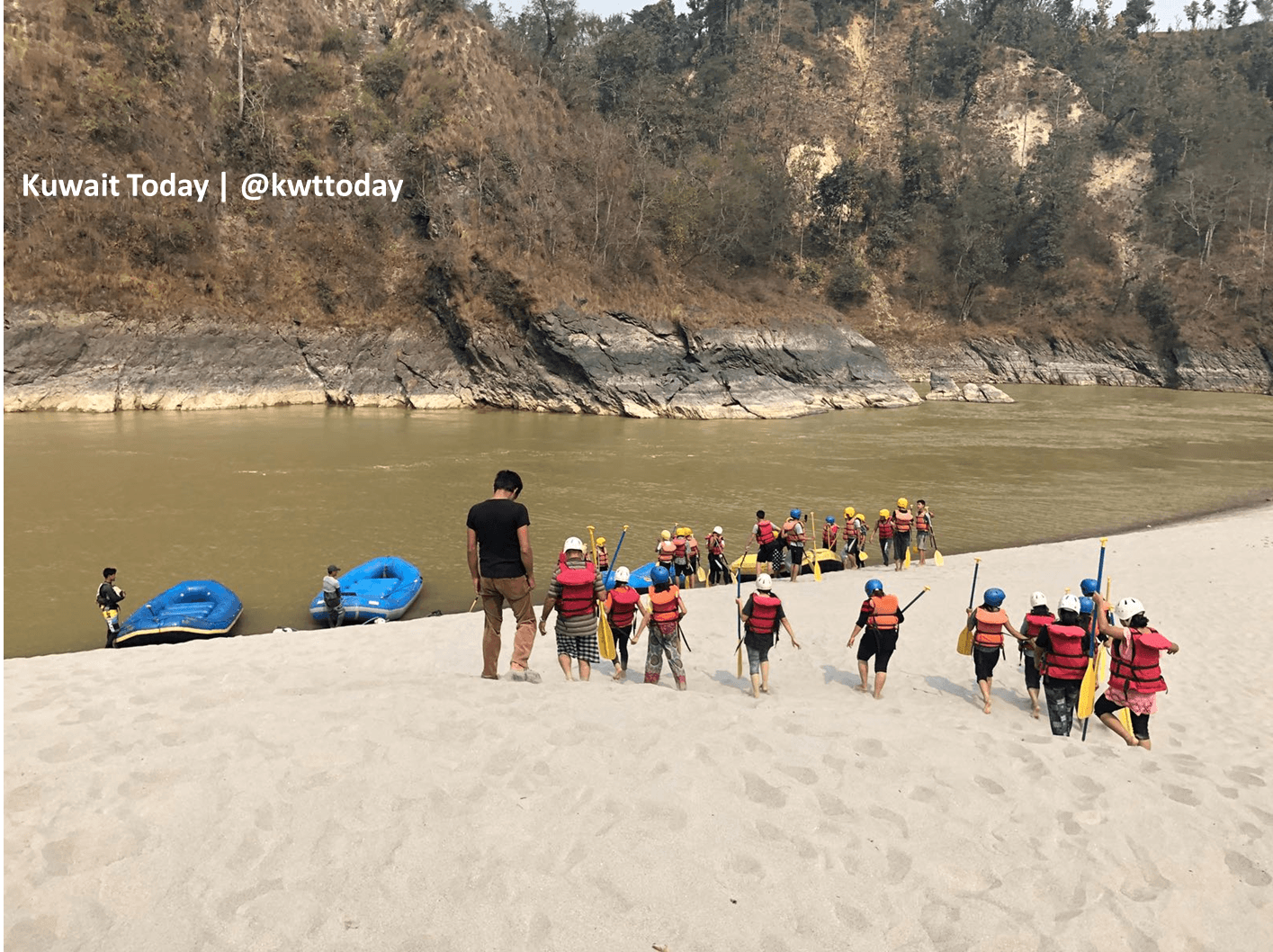 We got onto tourist bus to Trisuli River which is widely acknowledged for its most culturally stimulating and exciting river trips in the world, challenging chutes and impressive gorges the Trisuli featured Class III rapids, a little safety instruction and we began our 3 hour breathtaking rafting adventure down the Trisuli River, there were numerous bouncy rapids along this stretch and the views were splendid, getting washed away in the white waters and constantly paddling to the commands with a team effort was a challenging and unforgettable time, which we survived. 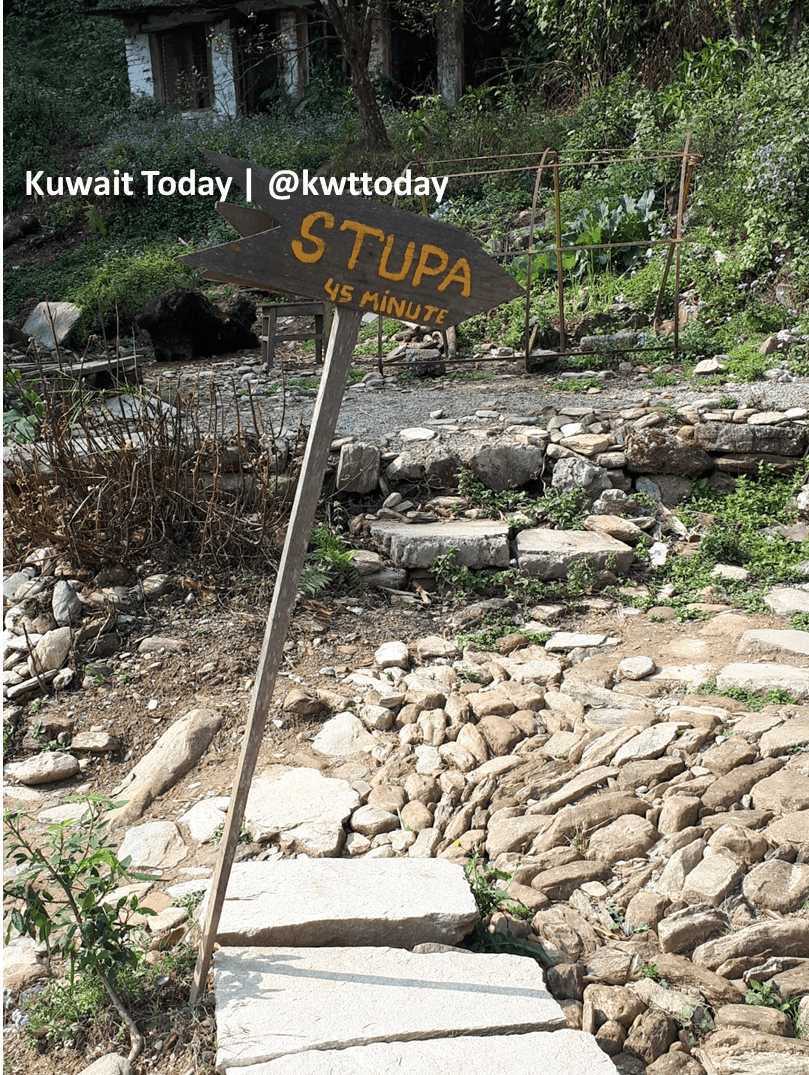 On our last day, we did a scenic hike to the World Peace Pagoda or Shanti Stupa, the hike took us about an hour to reach, and we decided to rent a boat and row ourselves to the start point, walking our way up. Everything in Nepal promotes peace, harmony and compassion and so was the Shanti Stupa built after the devastating bombings of Hiroshima and Nagasaki.

It felt like we lived with blithe among the local and hippies of Nepal, it is believed that Nepal is a place for nature devotees, a place where people want to get lost in peace, where serenity is in nature, environment, people and in your head, the core principles for hippies are peace, love and personal freedom all of which are attainable in Nepal, there has been a significant interest in Buddhism/ Hinduism during Hippie era, specially Buddhist Meditation which is practiced as a path towards Nirvana. It is a very safe and secure place, as for me, I’ve left a part of me there.
Blissful Buddhist culture prevailed majorly, rudraksha, mandalas, Buddha chants, monks were a prominent sight and filled up the streets. You’ll find numerous activities to do; from cupping to local food, to bars, beautiful night life, casinos. Nepal has it all. We outlived it.