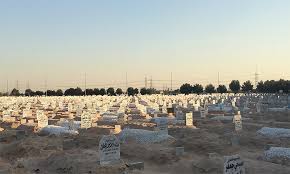 Kuwait Municipal Council rejected a proposal to bury expatriates in cemeteries according to the governorate they resided in.

The proposal got rejected as some council members abstained from voting.

Council Chairman Osama Al-Otaibi said “abstaining is considered a rejection according to the law and there were not enough votes to pass the proposal”.

“I reject this discrimination, as there should not be any divisions in burying the dead. Matters should be left as they are – this does not befit the image of Kuwait,” Councilman Meshal Al-Hamdan said.