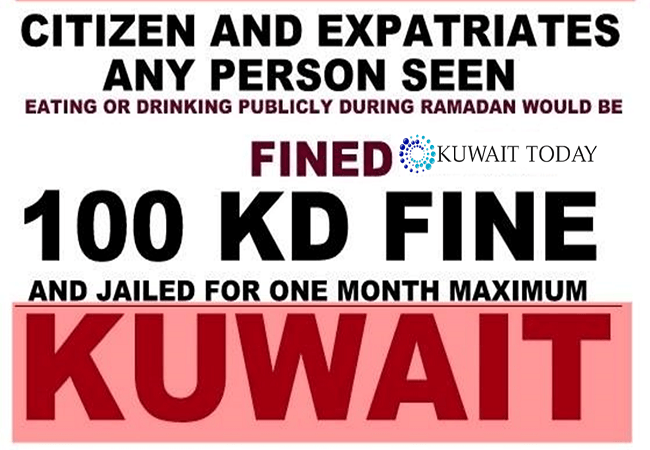 The MOI personnel are ready for the holy month of Ramadan to ensure the safety on roads, Director General of the Department of Public Relations and Security Media Brigadier Adel Al-Hashash said, Orders have been issued to ensure the safety of citizens and expatriates during Ramadan and the overall security plan for the country would be implemented in all sectors.

He warned Citizens and Expatriates against eating of drinking in public during the fasting month of Ramadan.  Any person seen eating of drinking publicly would be fined KD 100 and jailed for one month maximum, or one of these penalties. Al-Hashash urged the public to turn in any beggar they may accost by calling the emergency hotline 112 or contacting the nearest police station or police officer. Any expat caught begging during Ramadan will be subjected to immediate deportation, he said.