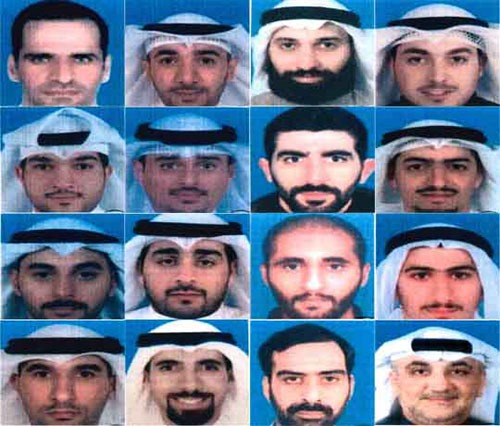 Kuwait has confirmed that its security forces were able to capture 12 wanted persons belonging to the so-called Abdali cell.

A ministry statement said the convicts were apprehended in different parts on the country, while the search is ongoing for two more individuals.

Kuwaiti Interior Ministry announced last month that it had implemented the judgment of the Court of Cassation issued in case No. 302/2016 on the so-called Abdali cell, calling for the arrest of the convicts.

They released photos of 16 men who belonged to the extremist cell and urged citizens and residents to cooperate with security forces by providing any information about the convicts through calling 112 or reaching the nearest police station.

The Abdali cell includes a number of Kuwaitis and an Iranian who were wanted over spying for the sake of Iran and the Lebanese terrorist group Hezbollah.

In August 2015, Kuwait said it had smashed the cell and seized arms, ammunition, and explosives from them.