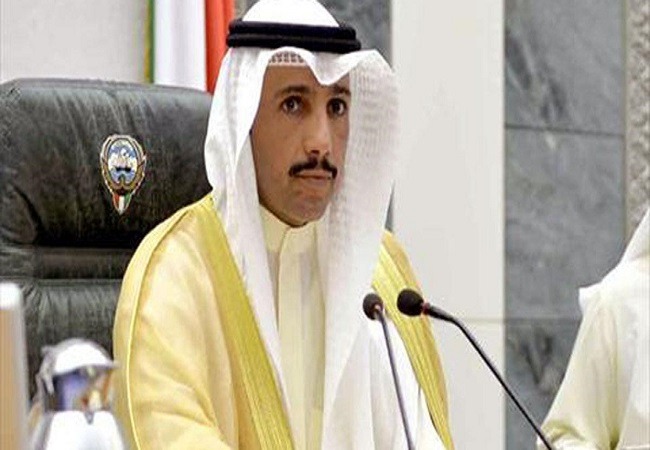 Kuwait’s Parliament Speaker Marzouq Al Ghanem has insisted he would not grant immunity to sitting and former lawmakers who were handed prison sentences on Monday for attending and inciting the storming of parliament in 2011.

There has been popular pressure for the 67 individuals to be pardoned.

People have also called to fill in the vacancies of the three sitting MPs who were sentenced.

Al Ghanem said that he would not rush into doing so until the litigation process in their cases is completed.

“We have to wait until everything is final. What will happen if the membership of a lawmaker is cancelled following the verdict of the Court of Appeals and a new member is voted in in the by-elections and then the Court of Cassation acquits the lawmaker?

“What should we tell the former and the new lawmakers? We have to wait for the Court of Cassation ruling.”

Around 30 of the convicted individuals have surrendered to the police, including past and present lawmakers, who have challenged the verdict by the Court of Appeals.

Their cases have now been forwarded to the Cassation Court — the highest legal authority in the country. Any rulings reached in this court are final.

If the court clears them of wrongdoing they will be immediately released.

On Monday, the Court of Appeals overturned a ruling by a lower court that acquitted the demonstrators who stormed the parliament six years ago calling for the removal of the prime minister.

His case has been caught up in the Kuwaiti court system for four years.

So far, 17 Kuwaiti MPs who belong to the opposition have called for the 67 individuals to be pardoned.

A three-member committee was formed to look into the possibility of general amnesty.

Parliament is currently on a hiatus since the government resigned last month.

A new cabinet could be announced next week, according to sources familiar with the matter.