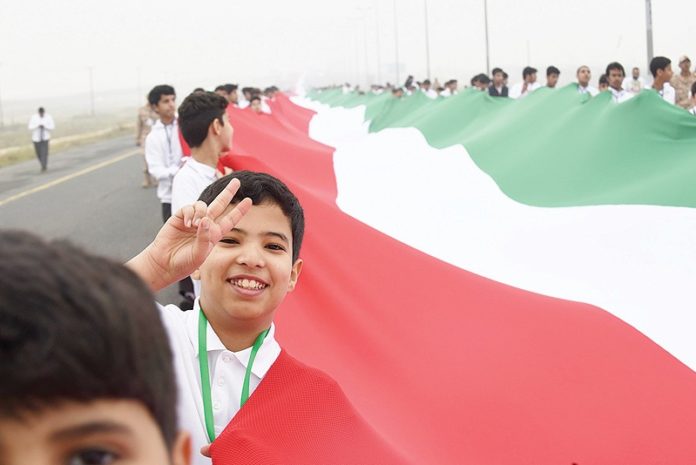 More than 4,000 school students and teachers carried the 2,019-meter-long national flag to claim a place in the Guinness Book of World Records, as part of the Kuwaiti celebrations of the 58th anniversary of the Independence Day, QNA said in a report on Monday.

The ceremony took place with the participation of the various state bodies, including the defense ministry, interior ministry, fire department, Municipality, ministry of public works, information ministry and other institutions.

Kuwait previously set a record for the world’s longest flag in Feb 2016, after a remote-controlled plane pulled the flag during a show held in Mina Abdullah. Kuwait has recently set other flag-related world records.

In December last year, three Kuwaiti army officers broke a Guinness skydiving world record after leaping 13,000 feet while carrying a 63-sq-m Kuwaiti flag. In the same month, Chevrolet achieved a Guinness World Records title for the largest flag flown by a vehicle after a pickup pulled a Kuwaiti flag measuring 433 sq. m for more than 100 m without any part of it touching the ground.