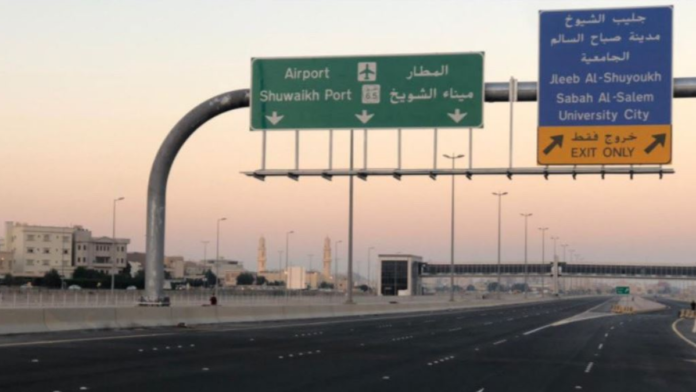 Kuwait said it would open a new highway route on Saturday across from Abdullah Al-Mubarak area in a bid to reduce chronic traffic jams on the Sixth Ring Road.

Dr. Rana Al-Fares praised the efforts of her ministry in the completion of the most “pivotal part” of this road project, a day before it is unveiled to the public, between the Sixth and Seventh Ring Roads, the highway links Kuwait’s Abdullah Al-Mubarak district to Sabah Al-Salem University City and nearby areas.

Meanwhile, Kuwait government referred to the National Assembly the draft law amending some provisions of Decree-Law No. 67 of 1976 regarding traffic, which included toughening traffic penalties, as the fine for exceeding the speed limit under it reached 500 dinars, and not less than 200 dinars, and some violations raised up to 1000 percent.