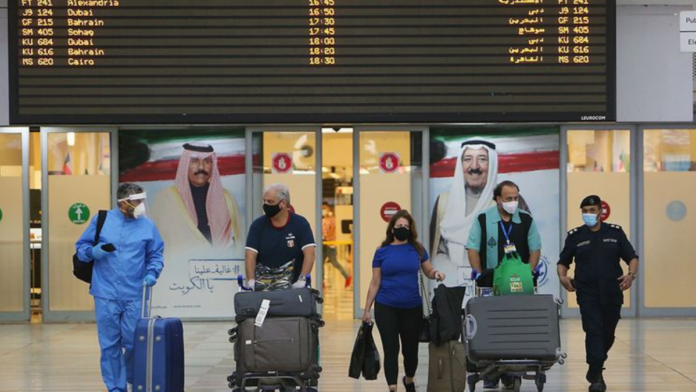 Kuwait loses over 100 million dinars due to airport closure

Abdulrahman Al Kharafi, a member of the Travel and Tourism Bureau, revealed that Kuwait is estimated to have lost around 100 million Kuwaiti dinars due to the closure of the airport and the ban on 34 countries.

Al Kharafi told that, “this money could have been pumped into the aviation sector, hotels, restaurants as well as the health sector who would charge for swabs.”

He pointed out that there are around 16,000 residents looking to come back to Kuwait and that by opening the airport and removing the ban Kuwait could benefit economically. Those that are looking to return to Kuwait have been travelling to neighbouring countries and quarantining for 14 days before entering Kuwait. Al Kharafi explained that those that are “transiting” in other countries are paying around 600 Kuwaiti dinars for their flight, accommodation and the necessary health expenses.

He said that the decision by the health authorities “caused an economic disaster” and that the airport should be opened to restore economic activity in the country. Al Kharafi indicted that that the travel and tourism offices lost around 28 million Kuwaiti dinars just between March 14 and July 31.

Due to the large losses, Al Kharafi said that they have submitted a request for an economic report to the Directorate General of Civil Aviation (DGCA) to understand how much the aviation sector lost during the pandemic. It has been reported that around 30 per cent of employees working in the travel and tourism industry have been laid off since the start of the COVID-19 crisis.