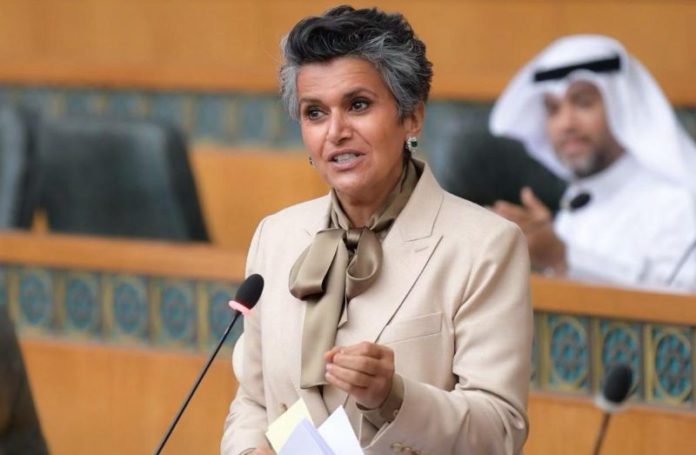 Lawmakers said the move is aimed at reducing the number of vehicles on the streets to avoid traffic congestion.

MP Safa Al-Hashem said the new law “should include provisions that make it even more difficult for expats to obtain a driving license”, the report said.

She claimed that many expatriates present fake contracts stipulating high salaries as a means to obtain a driving license and urged authorities to stop the practice.

The new law is expected to be ready by the time the Assembly resumes sessions that have been suspended because of the coronavirus pandemic.

She said it was designed in “view of the current traffic congestion resulting from ongoing construction on various roads”.

She also urged to expel close to two million expatriates from the country over the next five years to rectify its ‘demographic imbalance’.

Expats draw about 70 percent of the entire population of Kuwait as of the close of June 2018, i.e. a population of 4.7 million people.

“We are not against any honest expat whose skills are needed by the country, but we are against crowding, unproductive expatriates who have not left any breathing space for Kuwaitis,” said the lawmaker.

The lawmaker, who has been vehemently campaigning against expatriates for the past few years, called for reducing the number of expatriates so as to make Kuwaitis more than 50 per cent of the population.

Kuwaitis currently make up less than 30 percent of the 4.7 million population – they number 1.4 million against 3.3 million expatriates.

Kuwaiti MP has also called for expats to be charged “for the air they breathe” and proposed a 10-year limit on their stay in the country.