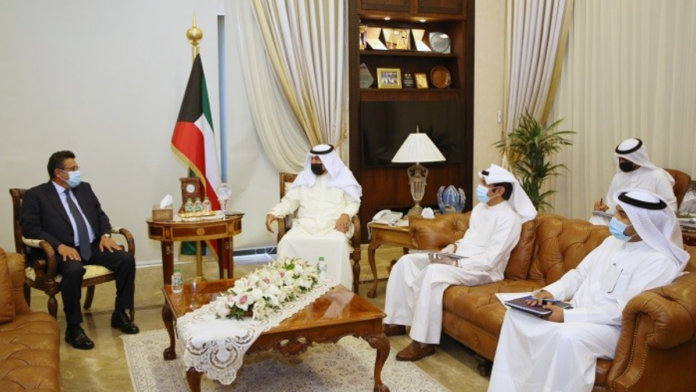 Egypt’s Ministry of Manpower on Saturday condemned recent social media comments, made by its assistant minister, deemed offensive to Kuwait and its symbols, adding that he has been suspended pending an investigation.

The ministry rejects “entirely” what was said by one of its officials, highlighting that it has taken “immediate” legal action against the person responsible for this offence, read a ministry statement carried by Egypt’s state news agency, MENA.

The remarks, made on Facebook, are “considered a transgression and a breach and bear no relation the Egyptian government, whatsoever, as this official made the comments on his personal page on the social networking site.”

The ministry went on to reveal that it has dismissed the assistant minister of manpower from his position, referring him to investigation “immediately” before a high-level legal committee.

The matter will be investigated with the decision taken to suspend him from office during the investigation period.

The ministry concluded by expressing its “commitment to the close bilateral relations between Egypt and Kuwait, on the national and people-to-people scale, particularly in light of the nationals of both countries taking part in joint struggles.”

“Both sides are committed to these relations and are mutually keen to develop and broaden these ties in the mutual interest of the two peoples.”