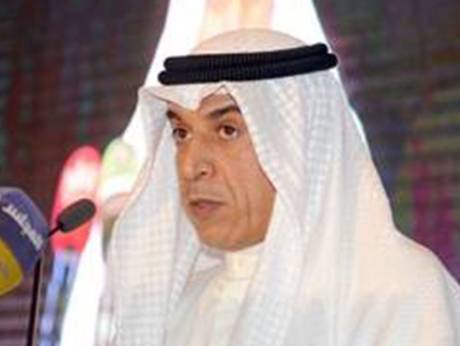 Kuwait’s Education Minister Hamed Al Azemi has come under grilling threats from lawmakers on opposite sides over the requirement of the International English Language Testing System (IELTS) for overseas scholarships.

Kuwait last year introduced the test as a requirement for all students who applied to go to universities abroad.

The education authorities, alarmed that some students failed in their first year of university studies due to their linguistic limits, made the English language proficiency test for higher education compulsory.

They argued that the ministry of education had no academic or logical reasons to prevent students who scored well in their Kuwait exams from going abroad to study in foreign universities.

The two lawmakers said that the minister did not present any figures or studies that supported his decision to impose IELTS and warned that he would have to face his political responsibilities if he maintained the requirement.

However, other lawmakers rejected the suggestion and called for maintaining the test, threatening the minister they would grill him if he dropped it.

“The IELTS requirement is a positive step that should be consolidated through enhancing the English curriculum in schools and building better capacities among teachers,” MP Raken Al Nusf said.

“The ministry should introduce tests similar to IELTS in high schools in order to give students the chance to practise and get ready for the proficiency test whenever they are required to take it.”

MP Khalid Al Shatti said the minister had to assume his responsibilities and not give in to threats.

“There is a need to rescue education in Kuwait and to improve it,” he said, quoted by Kuwaiti daily Al Jarida on Monday. “Unfortunately, there are people who do not want Kuwait to move forward. They see any change to the current deplorable level of our education system as a threat to their interest and to their election chances. These people can work only when the society is ignorant and therefore, they will resist any attempt to boost cultural and intellectual awareness.”

MP Safa Al Hashem, the only women in the 50-seat parliament, said that she fully supported the minister in imposing proficiency tests such as IELTS or Test of English as a Foreign Language (TOEFL).

“I tell you, Mr minister: If you give in to their unpatriotic and destructive demands to drop the test requirement, I am ready to grill you on this issue. Our education system has been destroyed by such calls and interferences,” she said.

“In the 1980s, I worked for nine consecutive years in the directorate of overseas scholarships and I witnessed the levels of our students from public and private schools. I have with me all the statistics about the failures of those who were sent on scholarships without sitting for the proficiency test.”