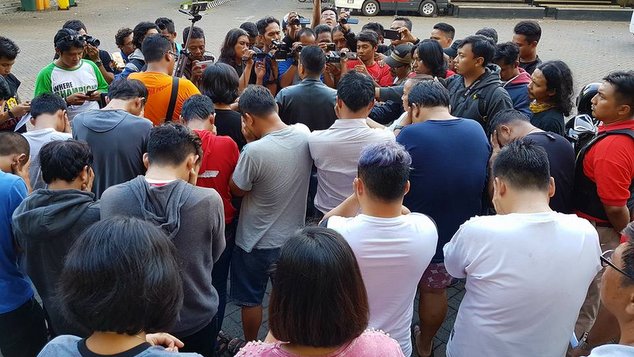 Kuwait has deported 76 homosexuals and shut down 22 massage parlours this year, the head of a morals committee has said.

During the raids, the committee members found and seizezd sex toys, women’s underwear and make up used by the men.

“We have a zero-tolerance policy towards any morally objectionable activities and we will not be lenient with anyone who breaks the rules or puts the health of Kuwaiti citizens and residents at risk,” Al Dhufairi said.