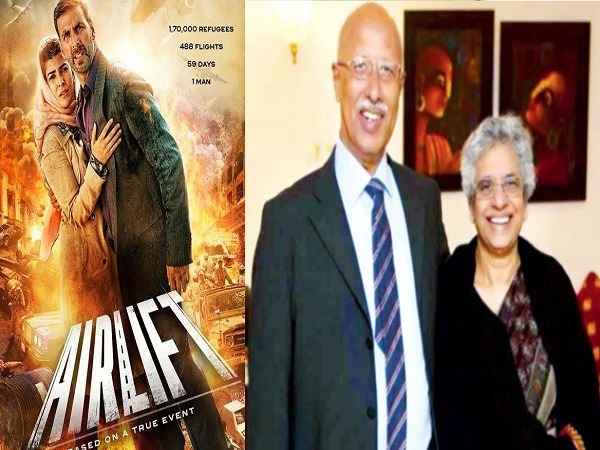 Mathunny Mathews popularly known as ‘Toyota’ Sunny, who was a pillar of the Indian expatriate community in Kuwait for 6 decades, passed away at his residence in Qadisiya in Kuwait on Saturday, May 20.Sunny was 81. He is survived by wife Mary Mathew and children Joy, Annie and Susan.

Mathunny Mathews was the inspiration for ‘Airlift’, a Bollywood movie in which Akshay Kumar depicted, Mathews had played a key role in the safe evacuation of 1.7 lac Indian nationals from the Emirate after Saddam Hussein’s Iraqi forces invaded Kuwait in 1990. Mathews was only 20 years old when he set his foot on Kuwaiti soil in 1956 even before the oil-rich Emirate had attained independence. He had gone there by ship.

Mathews came to be known as ‘Toyota’ Sunny following his life-long association with the leading automobile dealer Al-Sayer Group. He went on to head the Al-Sayer Group as its managing director. During his six decades stay in Kuwait, he managed to establish a vast network of friends and well wishers. He became chairman of the Indian School in Kuwait and headed various social organisations. Mathews was one of the founding members of the Indian Arts Circle which brought the expatriates together. The funeral will be held later at his native Podippara, Eraviperoor in Pathanamthitta district in Kerala.