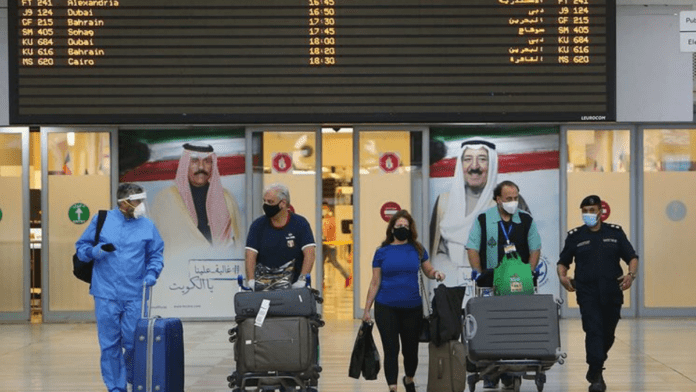 Kuwait: 80,000 domestic workers to return back

Around 80,000 domestic workers are expected to reome back turn to Kuwait in five months after the government gave the go-ahead for their return, according to a Kuwaiti newspaper.

Thousands of expatriates, including domestic workers, have been stranded abroad after Kuwait announced in August a ban on flights with dozens of countries over the coronavirus concerns. Majority of domestic workers in Kuwait are from banned countries such as India, the Philippines and Sri Lanka.

Read| Expats reduced to 2.65 million from 3.3 million in Kuwait

“Suggestions made regarding the domestic workers’ return include the arrival of 600 daily on two flights amid stringent health measures to examine them before and upon their arrival and after going into institutional quarantine,” Al Qabas newspaper quoted what it termed as a well-informed source.

Those measures include doing coronavirus-detecting PCR testing for the workers before flying to Kuwait, a medical examination upon arrival and doing another PCR after spending two weeks in quarantine, the source added.

The Kuwaiti bodies concerned have discussed with the Union of Hotels in the country preparedness to designate some hotels to serve as quarantines for the returnees, the source added.