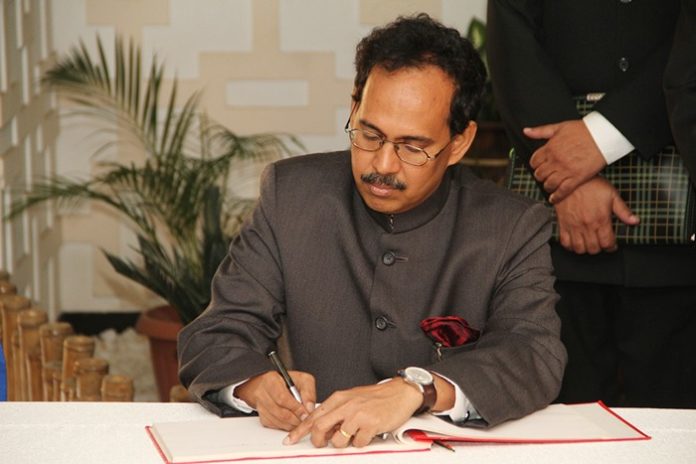 K. Jeeva Sagar appointed as the next Ambassador of India to Kuwait

1991 batch IFS office Shri K. Jeeva Sagar has been appointed as the next Ambassador of India to the State of Kuwait, Ministry of External Affairs at Government of India announced today in a press release.

Hailing from Andhra Pradesh, Jeeva Sagar is presently the Joint Secretary in the Ministry of External Affairs at New Delhi.

Earlier he had worked as the Indian High Commissioner to Ghana, Ambassador of India to the Republic of Burkina Faso and Republic of Togo. He is expected to take up his assignment shortly.