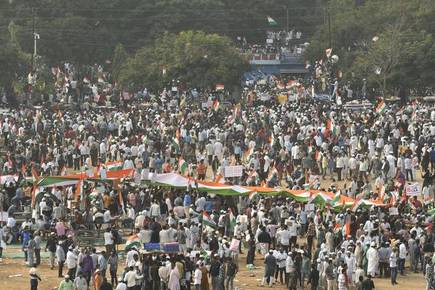 Due to vehicle constraints due to a peaceful protest march, public transport was thrown from under gear in central Delhi on Thursday.

When cars were redirected on Sansad Marg, where Prime Minister Narendra Modi attended a meeting at Niti Aayog, traffic was also impacted.

Traffic prohibitions were implemented near Mandi Apartment and concrete barriers were placed on the Rajendra Prasad Road out the front of Shastri Bhawan, where the protesters were supposed to be going.

There were also re-routed buses on Rakabganj Route and Pant Street.

Authorities said that both Baba Gang Nath Marg carriages from Malcolm x Marg and Aruna Asaf Ali Marg will remain closed until 8 p.m. as a consequence of the JNU campus event.

“Due to a protest, Baba Gang Nath Marg is blocked by Nelson Mandela Marg local police and Aruna Asaf Ali Marg,” the traffic wardens tweeted from their twitter account.

Traffic wardens also warned Dhaula Kuan’s commuters of overcrowding and asked them to withdraw the slog.

“Due to underpass construction projects at Durgabai Deshmukh Metro Station, traffic would remain intense on the carriageway from Dhaula Kuan to Moti Bagh. Please avoid the road,” he said.