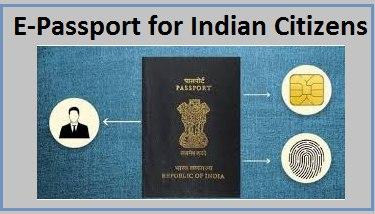 Indians Will Get An E-Passport Soon

Indian Prime Minister, Narendra Modi, has announced that Indians will soon get an e-passport that will replace the old paper passports. In case anyone tampers with the chip of e-passports, the system would be able to identify it resulting in the failure of the passport authentication

What is an e-passport? Details of advanced security e-passport

An e-passport has a chip embedded in it to ensure the security of the passport holder’s data. The chip adds advanced security features to e-passport. After this, if anyone tries to tamper with the chip, the system will be able to detect it. This would lead to the failure of the passport authentication and prevent the misuse of it at the same time.

When will Indians get their e-passports?

The wait has been long. In 2008, the first ever contactless e-passport was issued to then President Pratibha Patil. The chip held information such as the facial biometrics, signature, name, nationality and date of birth of the passport holder. The plan was then to issue it to diplomats, followed by government officials. By 2010, 8,00,000 e-passports were to be issued. However, that never happened.

Two years ago, in 2017, the government finally approved the manufacturing of e-passports. The rollout will start with diplomats, as planned, though we still don’t have any commitment on the timeline. In the next phase—whenever that is—the government will replace the paper booklet with a completely paperless passport—one that you carry in your phone, Prime Minister Modi has announced.

Manufacture of e-passport will commence on the successful completion of the tendering and procurement process by ISP, Nashik.

The government said that chip will have the personal particulars of the applicant. These would be digitally signed. Muraleedharan said that the central government has given its approval for procurement of electronic contactless inlays for manufacturing of e-passports to the India Security Press (ISP) Nasik.