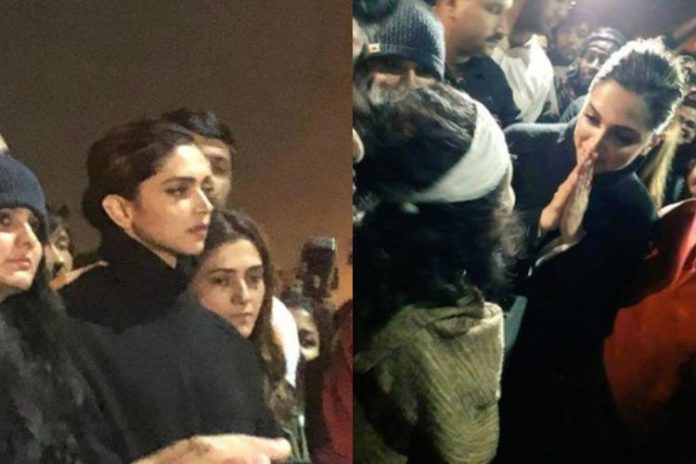 In another offensive on leading lady Deepika Padukone over her visit to Jawaharlal Nehru University (JNU) yet Delhi, initiated on Friday by Union Minister Smriti Irani, she said she must have realized she was sitting right with people who tried India to be ruined.

She managed to add that “it’s her absolutely correct to stand beside people who say honge Bharat tere tukde.”

“I’d first learn what her (Mrs Padukone) political inclination is then not … I can’t discount her that she’s going to stand next to people who are going to bully other girls who don’t politically see finger-to-eye in naughty bits,” Irani stated.

The minister of the Union also said that “in 2011 she brought to light her party affiliation that she favours the party of Congress.”

Deepika attended the JNU campus previously this week to stand shoulder to shoulder with the graduates, many of whom were knocked unconscious in a horrendous rampage on January 5 by masked goons.

The tour sparked a firestorm and conjured up mixed social media responses with the several right-wing groups and some BJP members calling for a boycott of their new movie ‘ Chapaak ‘ released last month.