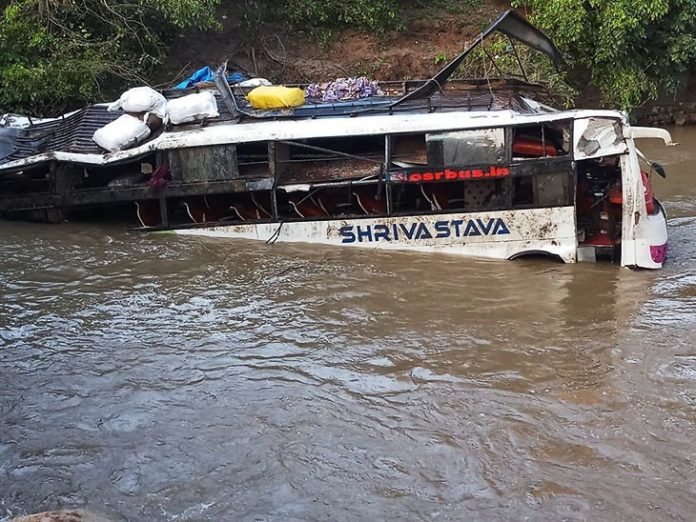 In MP 8 killed, 20 wounded after bus falls into the river stream

At most concise eight individuals were killed and 20 damaged after a bus they were touring in tumbled over a bridge and fell into a stream in Madhya Pradesh’s Raisen region late on Wednesday, policemen announced on Thursday.

The dead, comprised of two women and a child, were identified as residents of Chhatarpur and Raisen. The wounded have been admitted to Hamidia Hospital in state capital Bhopal.

Witnesses told the driver of the bus, carrying 45 people from Chhatarpur from Bhopal, lost power over the wheels due to a pothole.

Police and State Disaster Response Force (SDRF) have been giving out rescue service for the former eight hours as many people are reportedly missing after the occurrence, told the police.

Raisen’s representative Umashankar Bhargava announced he has ordered an examination into the disaster.

“We are inquiring into the matter to know the specific reason behind the mishap,” replied Bhargava.