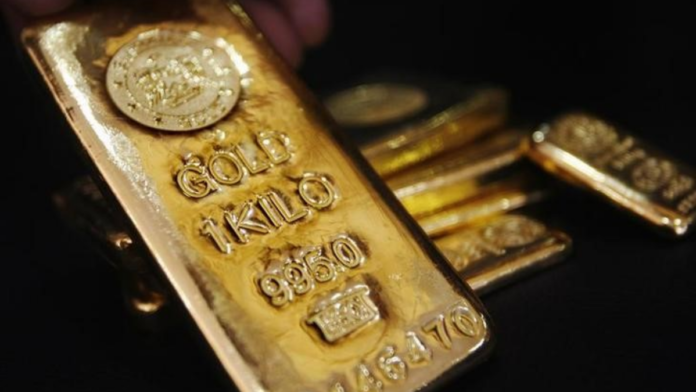 Gold firmed on Thursday as investors were cautiously optimistic Democrat Joe Biden would edge past President Donald Trump in a tight race to the White House, boosting the likelihood of more economic stimulus. However, chances of a policy deadlock in Washington amid a divided Congress capped gains in bullion, considered a hedge against likely inflation caused by large stimulus.

“It’s likely Biden will secure a presidential victory and this has boosted confidence as a democratic president may point to a bigger stimulus,” said Margaret Yang, a strategist with DailyFx, which covers currency, commodity and index trading.

Biden said on Wednesday he was headed toward a victory after claiming key Midwestern states of Wisconsin and Michigan. But Trump moved to file lawsuits in states like Georgia and requested a vote recount in several battleground states, pointing to a broad effort to contest the results.

“Gold traders are not excited about this outcome,” DailyFx’s Yang said, noting a contested result could mean a smaller fiscal stimulus plan.

Meanwhile, the dollar pulled back from strong gains in the previous session, making bullion cheaper for those holding other currencies. Asian equities also gained, as markets bet that U.S. policy gridlock, a likely scenario amid dimming chances for a Democrat-controlled senate, would favour some industries.

“Markets expect a stimulus package and the certainty of an outcome, regardless of it being contested, now has reduced investors’ fears and prompted them to move back into assets like gold and equities,” said Michael Langford, executive director at corporate advisory and consultancy firm AirGuide.

Traders also awaited a policy decision from the U.S. Federal Reserve at 1900 GMT.

Here’s what Bill Gates thinks may happen after October 2020