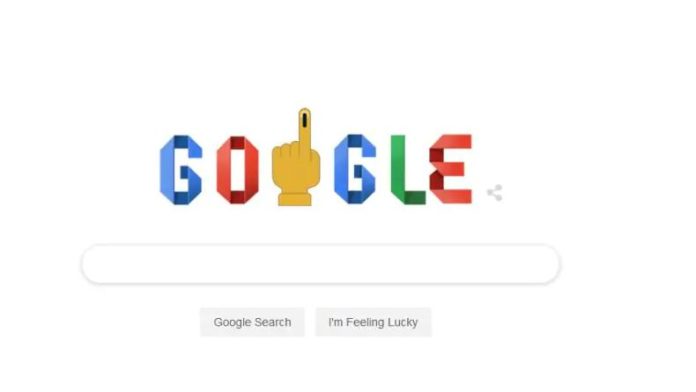 India election 2019: Google Doodle On Phase 3 Of Lok Sabha Election Tells Us How To Vote

Today’s Google Doodle is dedicated to the third phase of India’s mammoth general election. The election is spread over seven phases in total, with the first two phases of voting held on April 11 and April 18. Today is the largest phase of the Lok Sabha election, which will see polling in 117 seats across 13 states and two Union states.

The Google Doodle, like on the first two phases of the Lok Sabha election, is marked by a closed fist with the index finger held up. The nail has a black mark, indicating a vote has been cast. The doodle leads to instructions on how to vote.

The third phase of the national election will see all of Gujarat and Kerala going to vote. Today’s voting will decide the fate of the seats being contested by heavyweights like BJP chief Amit Shah and Congress president Rahul Gandhi. While Amit Shah is contesting from Gujarat’s Gandhinagar, Rahul Gandhi has chosen Kerala’s Wayanad as his second seat, after his home constituency Amethi.

The last of the seven phases of the Lok Sabha election will be held on May 19, with the counting scheduled for May 23.

Here is the guide to the voting process at polling booths: