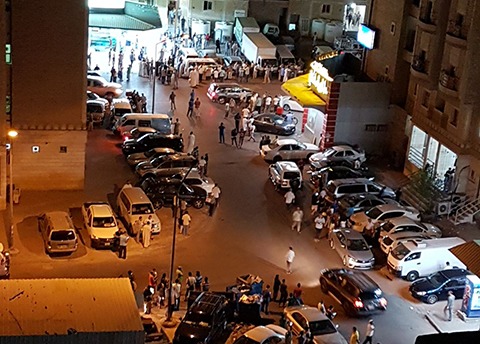 Earthquake in Kuwait causes no harm

All across Kuwait, people panicked and rushed out of their building yesterday night as a tremor shook Kuwait. Buildings were swiftly evacuated as people rushed out onto the streets. Almost all building, people came out on the street fearing the aftereffect. Many people felt their houses are shaking and things are fallen down from the table. Kuwait National Seismic Network said a tremor measuring between 4-5 degrees on Richter scale hit the country, caused by a 7.2 magnitude earthquake that struck Iraq-Iran borders.

However the earthquake which jolted the country Sunday evening has caused no damage or security repercussions, the Ministry of Interior assured. The ministry said that a comprehensive security survey in addition to the reports from the police patrols across the state have detected no damage or security and traffic repercussions due to the quake. Civil Defense Department has taken all precautionary measures in collaborations with relevant state agencies to guarantee the state security and people safety.

Kuwait Fire Services Directorate (KFSD) also said that the earthquake that was felt by most of people in Kuwait on Sunday did not cause any harm. Fire service directorate received more than 40 calls from people saying they felt the tremor.