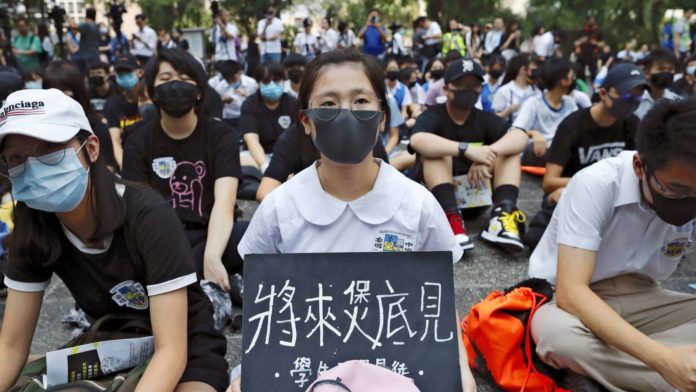 Amateur video of vehement protests in Hong Kong on Tuesday catches the moment when a policeman aims a pistol at a black-clad militant and fires throughout, after which the juvenile man collapses to the ground.

The footage, attained by students during a turbulent melee in the Tsuen Wan region of the city, is the first known occurrence of a rebel being shot with live ammunition during weeks of disputes among policemen and pro-democracy campaigners.

Policemen strengthened that an officer inaugurated fire at a militant, stating he was acting in self-defense.

“A huge group of radicals was hitting police officers in Tsuen Wan,” policemen stated in an announcement.