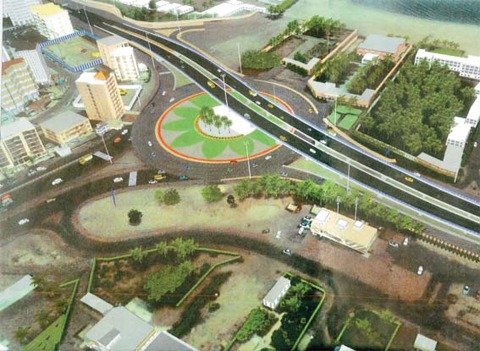 Bidaa Roundabout project to be completed in January 2019

The development of Bida’a Roundabout project on fifth ring road, Salmiya, is handed over to another company because of delay of existing work, local media reported. According to report, the step has been taken to accelerate the pace of work and completion of the project as soon as possible due to the importance of its location and to get rid of congestion and ensure free flow of traffic to the Fifth Ring Road.

The first part of teh project is the construction of a two-way bridge from Al-Taawon Street to the AlBlajat Street opposite the Al-Bida’a Roundabout the length of which is 670 meters in each direction. The second part of the project which is 570 meters long.

The scheduled completion of the work, which is worth KD 18 million, is January 2019.