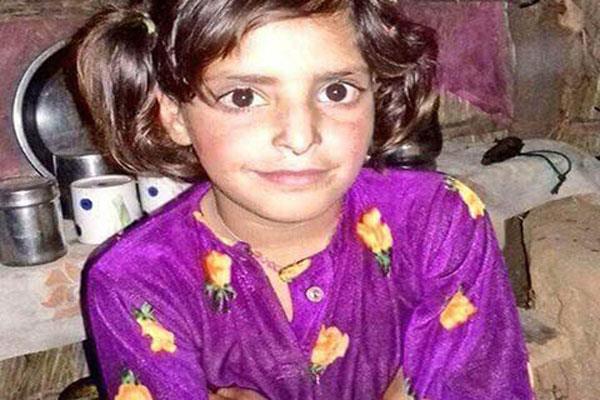 The young girl’s body lay for three days in the forest where they left her.

Eight-year-old Asifa Bano had been raped, strangled with her own scarf and been bashed in the skull with a rock, police said.

The case – one more devastating example of child rape and killing in a country where such crimes are rising – attracted little attention until last week, when police charged seven men and one juvenile, including four police officers, and one juvenile in the girl’s death. Police allege that the men kidnapped Asifa as she tended to her family’s horses, held her for days in a remote shrine and raped her repeatedly before killing her.

Asifa was Muslim. Her alleged assailants are Hindu, a circumstance ripe for conflict in a Hindu-dominated area in one of the most polarized states in India, where religious tensions and nationalism are rising under the conservative government of Prime Minister Narendra Modi.

In the same week, a lawmaker from Modi’s governing Bharatiya Janata Party (BJP) was arrested and charged with raping a teenager in the state of Uttar Pradesh. The rape cases pierced the public consciousness in a way unseen since the 2012 rape and murder of a college student that resulted in widespread calls for tighter rape laws in India.

The reverberations from the arrests in the 8-year-old’s death were immediate. On one side, lawyers from the local bar association – their black robes billowing – tried to block police from filing arrest papers in court, arguing that the Hindu men were being framed. Two state BJP ministers were accused of attending a rally in support of the alleged assailants.

Party officials ultimately forced the two ministers to resign, and Modi vowed late last week that the crimes will be prosecuted.

“As a society, as a country, we are all ashamed,” Modi said of Asifa’s death, adding that “no culprit will escape. Justice will be done, and it will be done fully.”

Over the weekend, hundreds gathered in cities throughout India to protest the child’s killing, waving signs and accusing Modi’s government of not doing enough to protect women. A group of former civil servants wrote an open letter to Modi decrying the “culture of majoritarian belligerence” of right-wing Hindu groups, adding that this is the country’s “darkest hour” since its independence. Even members of Modi’s party said they were ashamed of what was happening.

“The BJP has been acting as apologist for these criminals. It’s absolutely inexcusable,” said Yashwant Sinha, a former finance minister and prominent BJP leader.

The young girl with curly brown hair often took her family’s horses to a nearby meadow to graze, including a white horse, her favorite, that she called “Beautiful.” Her family is part of a nomadic Muslim tribe that stayed in the Kathua area during the winter and then took their sheep, goats and horses higher in the Himalayas to graze during the summer.

The restive state of Jammu and Kashmir, which includes the conflict-ridden and disputed Kashmir valley, is debating whether such tribes can continue to use protected land for grazing.

In January, police alleged in charging documents that a retired revenue clerk named Sanji Ram came up with a plan he hoped would rid the area of the nomadic tribes. Police say one of the men kidnapped the girl from the field and dragged her to a small shrine, where she was drugged and locked up for at least four days, and repeatedly gang-raped. At one point, police said, Ram’s son was called from another state to “satisfy his lust” with the girl. Eventually, they decided to kill her, police said. Local officers found her body in a forested area on Jan. 17.

Ram’s lawyer, Ankur Sharma, who also represents Ram’s son and one of the police officers, said the suspects are innocent. “We don’t know who killed that a poor little girl,” he said. They pleaded not guilty to the crime in a court hearing Monday.

Sharma said the case was a state conspiracy to demoralize the local Hindu population so they won’t protest what he called the “demographic invasion” of Muslims in the area.

In Uttar Pradesh, after a teenage girl tried to light herself on fire in front of the chief minister’s house to protest police inaction in her case, BJP lawmaker Kuldeep Singh Sengar was charged last week with raping her. According to a high court judge’s ruling that ordered Sengar’s arrest, the girl’s father was beaten by the politician’s officers and later died in police custody. The judge complained that it was “disturbing” that “law and order machinery and the government officials were directly in league and under the influence” of Sengar.

“I think undoubtedly the issue here and the cause for outrage and people’s anger is the fact that the BJP is clearly protecting those accused in these cases,” said Kavita Krishnan, secretary of the All India Progressive Women’s Association.

Choudhary Lal Singh, one of the state ministers forced to resign last week, rejected this assessment in an interview Tuesday. He questioned the validity of the police investigation of Asifa’s case, calling for a new inquiry into the child’s death to be done by India’s Central Bureau of Investigation, the national investigating agency.

“No BJP person is supporting any accused,” he said. “When they demand a CBI inquiry, that’s not defending the accused. It’s very clear in India if there is any disputes which are controversial, they make a CBI inquiry. Why not this case?”

Hundreds of supporters greeted Singh on Tuesday and cheered his name at his expansive white bungalow not far from the victim’s home, where he arrived in a white sport utility vehicle with marigold blossom garland.

The small shrine where Asifa was kept – a one-story concrete building painted pink, with bars on the windows – is now locked, as is the simple home where the young girl lived with her aunt and uncle, who adopted her when she was 6 months old, and two cousins.

Asifa’s adoptive father, Mohammad Yousuf Pujwala, 45, said the family is still in shock about her death.

“Now every moment I feel her absence,” he said. “Everything reminds me of her – her clothes, her place at the table, the horses.

“She played with all the children,” he added. “She didn’t know the difference between a Muslim and a Hindu. She was only 8 years old.”

He said the family is afraid to return to the village, where what police called a long-standing “rivalry” between the nomadic Muslims and the local Hindu community has deepened since his daughter’s death. The family was not able to bury Asifa in the local graveyard, he said, because a group of Hindus showed up and threatened them.

The family has fled the village with their livestock to higher altitudes, fearing for their safety. His wife, Naseema, still cries every day, he said, adding: “We hope justice will be delivered.”