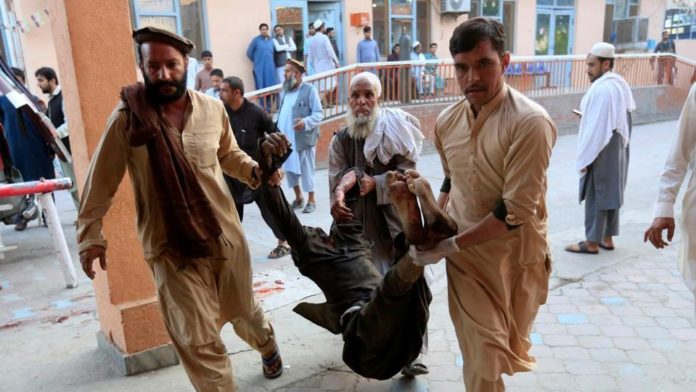 Afghanistan: More then 10 martyred in attack on a bus in Eastern Afghanistan

At least 10 individuals were killed and 27 injured Monday when a bomb thumped a bus taking army recruits in Jalalabad in eastward Afghanistan, an executive said AFP.

A bomb had remained left in a motorcycle that exploded as the bus passed, Nangarhar governor representative Ataullah Khogyani told.

“Unfortunately, 10 civilians including a minor were killed and 27 were wounded in this occurrence,” he replied.

It was not instantly clear how many soldiers recruits had been injured, or if they were being included as commoners.

Nasrat Rahimi, the representative of the interior bureau, established the deaths.

There was no quick claim of charge, but Jalalabad is the view of numerous raids by the Taliban and the Islamic State group.

The shooting begins on the 18th anniversary of the start of the war in Afghanistan when US warplanes began airstrikes in response to the September 11, 2001 strikes.